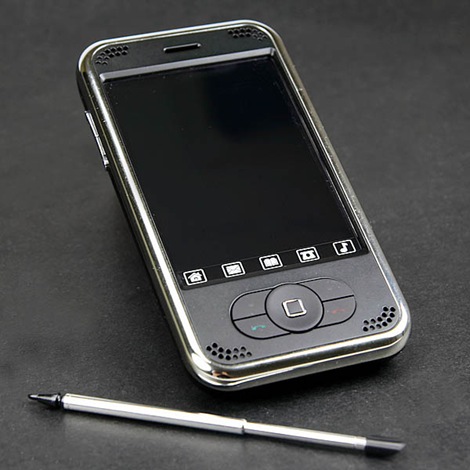 June 29th 2007 a major change was made or was it? Apple introduces the iPhone with a touch screen… "Revolutionary" was the coined phrase but was it really that big of a jump in technology or just a better mousetrap of a touch screen? Now do not get me wrong I have been in the PDA/Smartphone business since 1997 and agree that the iPhone is a great smartphone, but I think Apple marketed a better phone than what was currently on the market with implementing some existing cutting edge technology. Until the iPhone the smartphones were getting smaller and smaller but the iPhone is a large phone compared to most. Touch Screens were on the way out and software/browsers were struggling to meet the demands of the users before the iPhone. So Apple took the missing elements and made them a little better with what was on the market at that time. They made a better touch screen, browser and the software… well I think the software still needs some work but hey 2 out of 3 is very good for their first phone. There are a few other things that need to be pointed out like the fact that HTC has a phone called the "Touch" which has the same technology as the iPhone screens but was out well before the iPhone was released. Also for business people like myself RIM Blackberry phones with the addition of the trackball with QWERTY are great smartphones to type quickly with and for long emails but lack the browser of the iPhone. Rumor has it that RIM is working on a touch screen blackberry for their next generation of units.

So it seems that we can take some notes from the old PDA’s that many of us started with and the world of smartphone technology goes around in a loop just with some nice upgrades. I realize that there are many other advances in technologies that have come out with smartphones but one of the main focuses is always on the screen technology. I sure hope the next move is to not bring back the grayscale technology and implement that as a revolutionary idea.