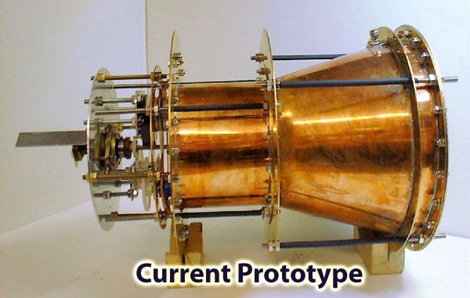 Chinese researches claim they have confirmed the theory behind the so-called “impossible” space drive called the Emdrive. They are building a prototype, evidently believing that Newton’s laws are for pussies… If they are right, this would be a huge boon for the space exploration and for the Chinese Space-Uberness. 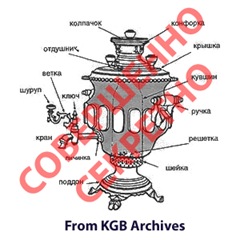 The Emdrive, developed by British scientist Roger Shawyer, supposedly converts electrical energy into thrust using tapering resonant cavity filled with microwaves. His “cavity thrusting and filling” theory is widely disputed, ridiculed, and abused by the vast majority of the scientific community. “It is well known that Roger Shawyer’s ‘electromagnetic relativity drive’ violates the law of conservation of momentum, making it simply the latest in a long line of ‘perpetuum mobiles’ that have been proposed and disproved for centuries,” wrote John Costella, an Australian physicist. “His analysis is rubbish and his ‘drive’ impossible.”

Our crack research staff at Gadgetking.com has conducted an independent study into the origins and feasibility of this drive. We consulted recently declassified Cold War documents and unearthed some surprising data, which indicates that, at the very least, this type of drive should be capable of making a wicked cup of tea. 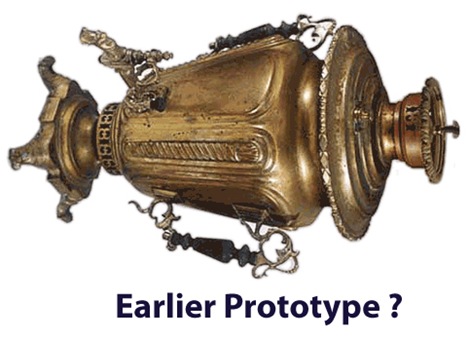