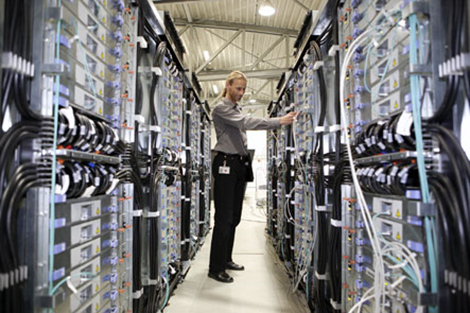 Brimming with phat cash from oil sales, Saudi Arabia’s King Abdullah University of Science and Technology (KAUST)  in a joint venture with IBM, is building a supercomputer that will rank in the top ten in the world (six-ish). The new computer, named Shaheen (Falcon), is a 16-rack Blue Gene/P System, capable of 222 Teraflops – or 222 trillion floating point operations – per second. Shaheen is scalable with an ambitious goal is to achieve petascale in two years and eventually exascale. This amount of raw computing power combined with the latest image interpolation software will allow the Saudis to strip women’s burqas in real-time from all of their surveillance cameras and serve it up as a guaranteed hit, reality-based TV show, “Streets of Cairo”.