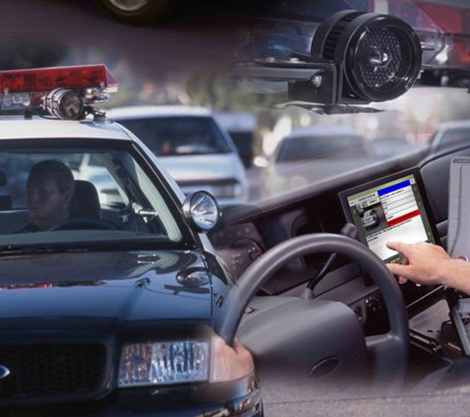 We live in a surveillance happy society, but most people have no idea just how deep the rabbit hole goes… Recently I went on a ride-along with a friend from the local police department, and being crazy about all things gadget, I immediately spotted several police cars sporting some black gizmos on their roofs. Turns out these are cameras for the new Platescan system. While the police officer drives around, this system collects license plate info from the cars around the police car! That’s right – around the police car, not just in front of it. The system is comprised of a high-res color camera, infra red camera, and high power infra red LED array, matched to an OCR (optical character recognition) system synched with GPS. License numbers are logged and then compared against various databases, such as stolen cars and various alerts, and if a car of “interest” is spotted the officer is notified. Back in the old days, police officers had to manually key in plates from cars that looked suspect, but no more – everyone gets scanned and checked. I went on the internet and did some additional digging on this technology and its uses. Apparently, this technology of logging license plates and their time stamped GPS coordinates is widely used not only by the local PD, but also by the Department of Homeland Security. There are tons of cameras around both static and mobile that innocuously harvest information on our location. There are many companies like PIPS Technology working on perfecting the cameras, and the Optical Character Recognition technology to make these tools faster and more accurate. It doesn’t take a huge leap to see how this information can be used and it is no wonder that many civil rights organizations are not happy with the Big Brother. But hey, the innocent have nothing to fear… Right?

See a video of the system in action here. 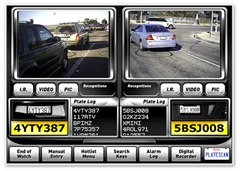 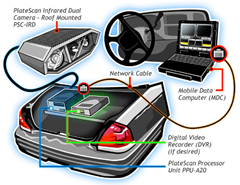