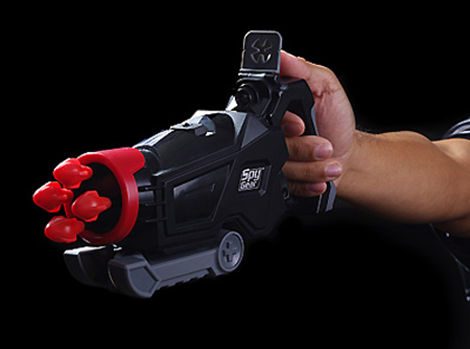 The geek’s at ThinkGeek are slinging more office warfare items… the latest is the Spyfire R/C blaster… think of it as a nerf gun on steroids.  The gun allows you to shoot it with the trigger/handle… or remove the handle and shoot it via remote control.

The SpyFire is a unique blaster. Not only is it a powerful, battery powered, 4 shot blaster capable of blasting up to 25 feet away – but the handle can separate from the rest of the blaster. You can set the blaster up with its integrated, folding tripod and set it to cover your escape path.

Video of the Spyfire in action after the break.