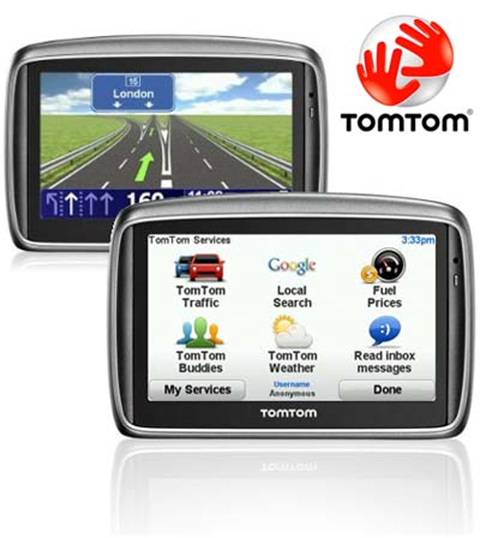 This is a glowing review of the TomTom GO 740 Live from cnet reviews.

The bad: Route calculations are slow, particularly from a moving vehicle. High entry cost only includes three months of service.

The bottom line: The TomTom GO 740 Live puts a tremendous amount of information at your fingertips and makes it easy to access and process it all from the driver’s seat.

Full Review after the break.

When we spoke with TomTom’s representatives concerning the new GO 740 Live, the navigation device was described as offering a "God’s-eye view" of the road. Now, the GO isn’t omniscient, but it gets pretty close with its three-pronged approach to navigation data.

Firstly and most importantly, a built-in wireless data connection gives the user access to live traffic data and Local Search by Google. Next, TomTom Map Share is a user-generated map correction system that allows for map data to be updated more frequently. Finally, IQ Routes looks at historical speed data to calculate the fastest route from point to point.

Design
The GO 740 Live sticks to the standard PND form factor that has served TomTom well. The device measures 3.4 inches tall by 5 inches wide. The unit is 0. -inch thick at its thickest point (center) and tapers to thinner edges. On the front of the device you’ll find a 4.3-inch full-color touch screen with a 480×272 pixel resolution. On the back is the single speaker. The bottom edge is where the proprietary cradle connection can be found, as well as a microSD card slot, if you want to supplement the unit’s 2GB of internal storage.

The GO 740 Live doesn’t include the Fold’n’Go EasyPort mount that the One and XL models feature. Rather, the GO ships with a car cradle with a suction-cup mount similar to that of the EasyPort and a desk cradle for connecting the GO to a computer via USB for updating or charging.

TomTom rates the GO 740 Live’s battery life at 3 hours. In our testing, we found the charge to last closer to 2 hours.

Features
The GO 740 Live is TomTom’s first GPS device to feature a built-in wireless data connection, so it offers a few new features that we haven’t seen before on TomTom navigation units.

The first is Local Search powered by Google, which puts rich points-of-interest data at your fingertips. Users can search for businesses and restaurants and receive detailed information about the results, including rating, payment types accepted, required attire, and more.

The GO 740 Live is also capable of delivering traffic information with real-time flow data (not just incidents), searching for the latest fuel prices in the area, and receiving local and five day weather forecasts.

TomTom Buddies allows you to share your location with friends who also have a TomTom GO, and to send instant messages to one another. QuickGPSfix uses cellular triangulation to update the unit’s location faster for a quicker satellite lock.

Three months of Live Services is included in the $500 MSRP, after which you’ll have to pay a $10-a-month subscription fee.

In addition to these live services, the TomTom GO 740 Live also features IQ Routes, a routing algorithm that considers anonymous historical speed data from you and other TomTom users to offer faster and more accurate routes. For example, if the unit sees that a highway is typically congested on weeknights during rush hour, then it will attempt to route around it at such times.

TomTom Map Share allows users to correct inaccurate map data (such as improperly named streets, turn restrictions, traffic direction, speed limits, etc.), add and edit points of interest, and submit those corrections to be shared with other TomTom users. Users can opt to receive Map Share updates, choose to only receive TomTom-approved updates, or receive no updates at all.

Text-to-speech, Bluetooth hands-free calling, and voice command round out the GO 740 Live’s impressive collection of technologies.

Performance
From a cold start, the unit boots in about four seconds and achieves a satellite lock in about 49 seconds in a moderately dense urban area.

Like the other TomTom units we’ve recently tested, routing can be a bit sluggish, particularly if the vehicle is moving past streets while the calculation is taking place. However, when you consider that traffic, map-share data, and IQ Routes processing are all happening at once, we’re willing to deal with the extra second or two it takes to choose a route because it potentially saves us an extra minute or so.

Once the route is locked in, the GO 740 Live handles subsequent recalculations surprisingly quickly. We like that the TomTom actually recalculates the route rather than simply attempting to get you back to the preselected one.

We were amazed at how the simple addition of a wireless data connection creates a quantum leap in the GO’s level of functionality and utility. Traffic data is visualized as color overlaid on the map, while live fuel prices are called up at the touch of a button.

Google search is something that you’ll want to do from a stopped vehicle, as entering search strings can require more attention than should be surrendered while driving.

In sum
The GO 740 Live’s primary competition is going to be our previous Editors’ Choice winner, the Garmin Nuvi 880. Both units feature live, connected, data services for traffic and POI search. While the Garmin’s interface is slightly more polished and easy to navigate, the GO 740 Live’s superior connected services give the TomTom user a bit more information about what’s happening on the road.

However, TomTom’s menu structure continues to leave something to be desired. While the icons are bright and easily read, they’re oddly organized. For example, canceling a route requires five button presses from the map screen, assuming that you already know where to find it. On a Garmin, that same action requires two presses. Additionally, the TomTom kicks you back to the map screen when you attempt to back up through the menu structure, which makes learning the menu’s organization difficult because you’re always starting over.

Both units have equally useful and responsive voice controls, but the Garmin comes packaged with a steering-wheel remote, which is either a huge convenience or yet another part to lose, depending on how you look at it.

Overall, we were more than satisfied with the TomTom’s performance and found it to be slightly superior to the Garmin 880, which is why we’re picking the TomTom GO 740 as our Editors’ Choice.