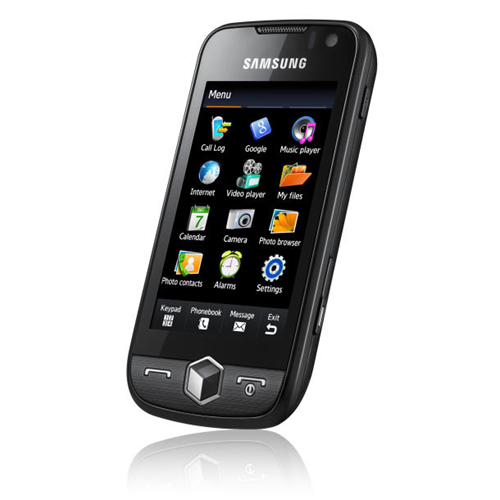 At an event in Manhattan Monday, Samsung unveiled its new Jet smartphone, which features a fast 800MHz processor and Samsung’s proprietary OS that includes its Dolphin Web browser. Alas, the Jet won’t be flying into the U.S. anytime soon, though its designation as a UTMS phone leaves AT&T as its most probable destination if it does hit these shores. All that said, it is available for the rest of the world later this year.

Unlike the Omnia 2, which was also announced at the event, Samsung did have the Jet on hand for reporters to play with. Several remarked that the touch screen seemed quite responsive despite being resisitive. But there was some disappointment that the phone didn’t seem even zippier with that 800MHz processor (until now, smartphone processors have tended to top out at 600MHz). However, Samsung reps said the software wasn’t final and was still being tweaked. (It was also impossible to test the Dolphin browser because there was no network connection).

All in all, the look and feel of the Jet was appealing. It’s smaller than the iPhone and is more on par with the size of the Palm Pre. However, we’re just not sure how appealing a proprietary OS is at this point when you have an open OS like Android sitting out there.