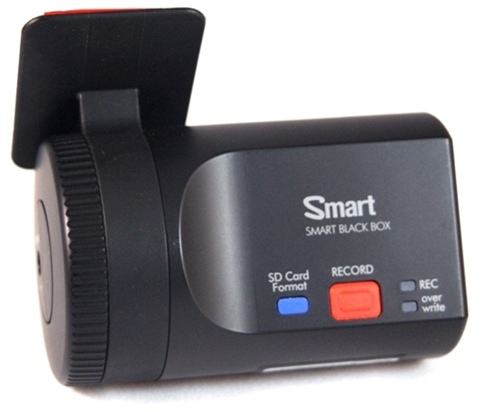 Earlier this year at CES, Eclipse showed us the DREC20000, an in-car video recorder that saves its last 20 seconds of footage if it senses a car accident. Unfortunately, the Eclipse device is only available in Japan. But if you want that kind of device in the U.S., KCI Communications offers the Smart Black Box drive recorder.

The Smart Black Box sticks to your windshield, just above the rear-view mirror, and uses its video camera to record driving footage to an SD card. The device includes a GPS chip and a three-dimensional shock sensor. If the shock sensor feels the kind of force an accident would cause, it saves the last 15 seconds of footage. It also overlays data from its GPS chip on the video showing your speed and direction.

KCI Communications includes view software for the footage that integrates with Google maps. The view can automatically print out an accident report, showing what street you were on and from which direction your car was hit. The idea behind the Smart Black Box is that it will be easy to prove what happened in court.

Of course, with that forward-facing camera, it will also show exactly what kind of bonehead maneuver you might have made to cause an accident. And as the footage constitutes evidence, it would be open to a subpoena. Which is probably why KCI Communications put an easily accessible button on the device to format the SD card.