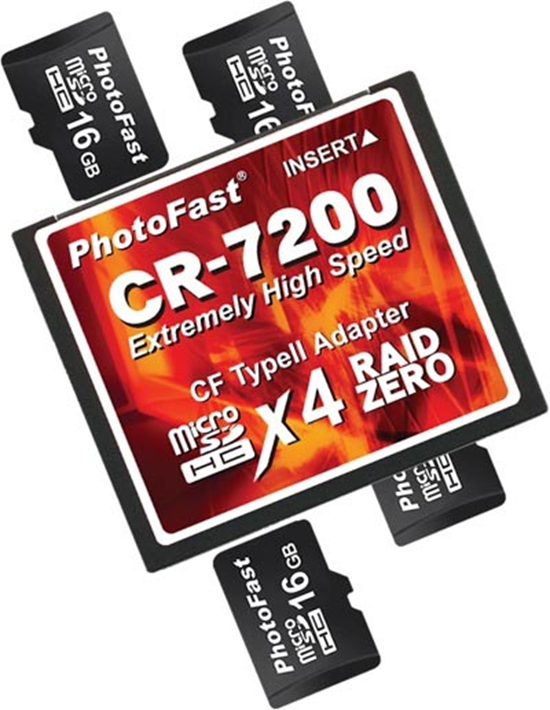 Admittedly, CompactFlash cards are no longer as popular as they were when digital photography first started. These days, most digicams use SD/SDHC media, while mobile phones mainly accept the physically smaller microSD format for storing data.

This is why I’m puzzled as to the reason PhotoFast has conceived the CR-7200, a CompactFlash card adapter capable of holding four microSD cards and combining their storage space. Given that the maximum a microSD card can now hold is 16GB, the CR-7200’s capacity would be capped at 64GB.

Although manufacturers such as Pretec and Transcend have announced 64GB CompactFlash cards, they have yet to retail them. Hence, the PhotoFast adapter may be the only higher-capacity alternative for now. But these days, only higher-end dSLRs accept such flash media format so there are only limited uses for the CR-7200.

Though the PhotoFast adapter sports an “extremely high speed” label, it’s not immediately clear how fast the card can read and write data. Often with flash memory, there’s a tradeoff between high capacity and high speed.

According to Gizmodo, this adapter will be available for $30 in July.