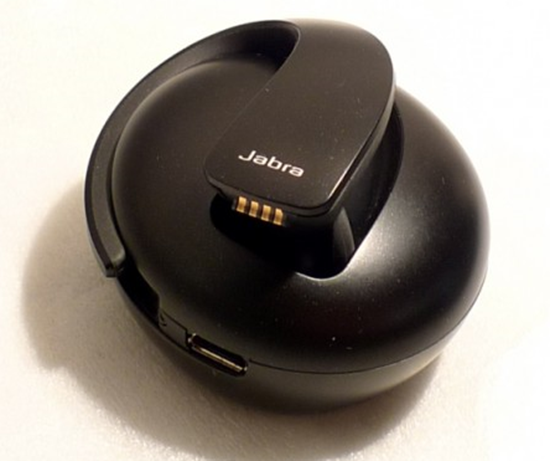 In front of us are the two parts of the STONE: an earpiece of a breakthrough form factor that instantly makes you pity its rivals, and behind it is the accompanying portable charging base which serves as an external battery. The latter is equipped with a micro-USB port and an LED indicator — simply green or red — to show whether there’s enough battery juice for one full charge. It’s a pretty neat idea as this is the only feasible way to fit eight hours of talk time (or twelve days of standby time) into such tiny package: two on the earpiece and an extra six from the surprisingly light battery base — our scale reckons it is just under one ounce. We also dig the auto-off function when you dock the earpiece and vice versa. Docking and undocking are pretty straight forward too: just snap in for the former, and poke your thumb through the bottom hole of the base to push the earpiece out. The generic click button hidden under the Jabra badge is easy to access and responds well. Above that is the invisible vertical touch strip for volume control and similarly it responded nicely to our strokes. What’s left on the earpiece are the two LED indicators on the underside for Bluetooth connectivity and battery. So far so good, but what really matters is the ear-on experience and the audio quality — listen for yourself after the break. 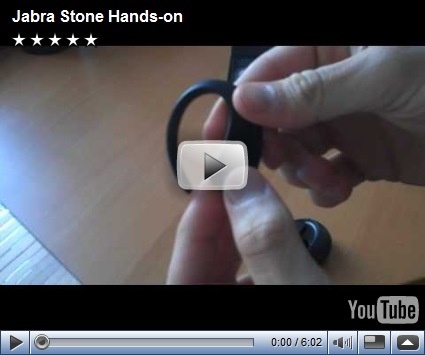 Putting on the earpiece is just a matter of sliding it down your ear, and we’re pleased that our glasses weren’t too much of a problem with its hook. Unlike the symmetrical Jawbones you can only use the STONE with your right ear, but we’re pretty sure there are more pressing matters in life than to make a big deal out of this. Once on we found the STONE to be slightly loose, although Jabra assured us that the final retail package will include rubber buds of better fit, and hopefully they will also help isolate noise further. Speaking of which, the STONE is one of the few Jabra headsets that feature the “Noise Blackout Extreme” noise isolation technology, going head to head against Jawbone’s “NoiseAssassin 2.0”. We did two tests to see how well Jabra’s technology performs in a simulated moderately-noisy bar environment (not dissimilar to the noise level of a busy high street in London). 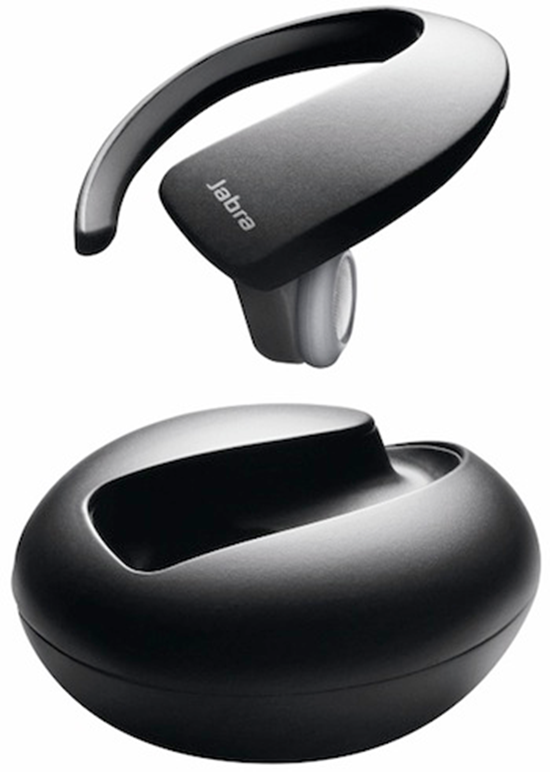 “Noise Blackout Extreme” definitely fails to live up to its name, and no, we can’t agree that this is a fair compromise for the compactness of the earpiece — we want something that works, thank you. Nevertheless, if you have $129.99 (AT&T exclusive) or £99 (Carphone Warehouse exclusive) spare then the Jabra STONE is highly recommended as a Christmas present for someone you despise. Check out their website for specific launch dates around the world.