How To Make Your Apple AirPods Case Charge Wirelessly 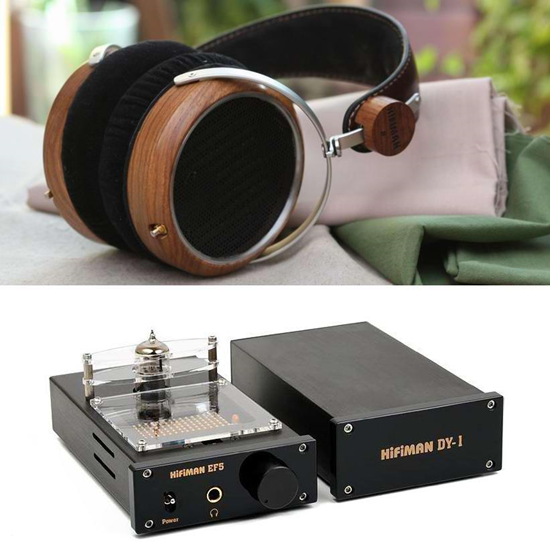 "Plugging your headphones into your computer or receiver’s headphone jack won’t produce the best possible sound. Why? The embedded headphone "amp" is probably just a good-enough chip amp. It may sound acceptable, but nothing like what you’d hear from a properly designed dedicated headphone amplifier.

But if you have something closer to the sort of world-class headphones I write about from time to time, you’d be foolish not to take the plunge. You’ve already made a substantial investment in headphones, but you’re not getting all the sound quality you paid for."

Head-Direct’s EF5 Desktop Tube Hybrid Amp ($399) is a two-box affair; one chassis is the power supply, the other is the amp itself. Each unit is solidly built and fairly compact: just 4.33 inches wide, 1.97 inches high, and 10.63 inches deep. The amp uses a single (RCA 12AU7) vacuum tube. The amp takes about a minute to come to life after turning it on, and when the top panel’s blue LEDs light up you know it’s ready to play. Plug the headphones into the 6.3mm jack, adjust the volume, and you’re good to go.

I listened to the EF5 with a lot of headphones, everything from my Grado RS-1, Sennheiser HD-580, Monster Turbines, Jerry Harvey JH13s, and Head-Direct’s very own HE-5.

The Drive-By Truckers’ excellent "Live From Austin TX" CD had tremendous presence and impact. Patterson Hood’s straight from the heart vocals really cut through, and ditto for the raucous guitars. Sweet!

Big-band jazz from the Vanguard Jazz Orchestra’s "Up From the Skies" CD was a great test for the EF5. Listening to a 16-piece band and picking out individual trumpets, saxophones, trombones, and clarinets’ contributions was a breeze. The piano had just the right sense of scale and nuanced delicacy.

I also spent a good deal of time comparing the EF5 to the sound of my Onkyo TX-SR805 receiver’s headphone jack. I’m not claiming the Onkyo’s sound was the slightest bit offensive or harsh, just lacking detail and resolution compared with the EF5. Drums in particular benefited from the EF5’s speed and clarity. They sounded more like drums, each whack on the tom toms was more visceral, and the snare drums’ snap was far more realistic sounding.

A great recording such as Bob Marley & the Wailers, "Live at the Roxy" was rendered nearly lifeless over the Onkyo, but fully vibrant over the EF5. The bass sounded thick and dead over the receiver, and nimble and lively over the headphone amp. Marley and the backup vocalists sounded as if they were urging each other on with the EF5, the receiver blunted the excitement.

With Grizzly Bear’s "Veckatimest" CD, the receiver glazed over the drums’ cymbals and the dynamics were squashed flat, and restored over the amp. The EF5’s lively dynamics brought out the best from most of the CDs I played.

Again, the receiver’s sound wasn’t "bad," just a tad boring. Or to put it another way, high-end headphones don’t sound anywhere as good as they can be plugged into a receiver. As I said, it’s not worth investing in great headphones if you’re not going to use them with a headphone amp at least as good as the EF5."