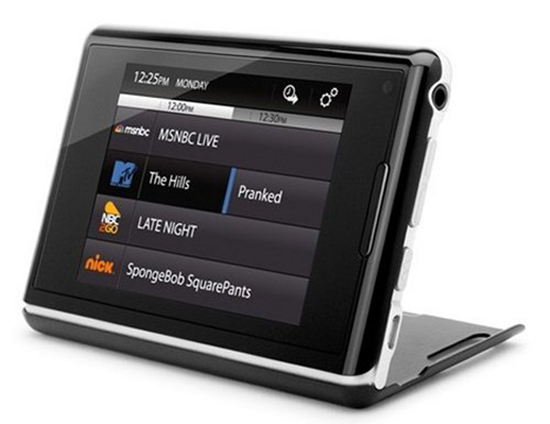 Ever wanted to watch CNBC while riding sitting on the bus or just killing time?  The FLO TV Personal Television allows you to watch TV almost anywhere.  This isn't designed to replace your home TV experience, but supplement it.  The 3.5-inch, 320-by-240-pixel touchscreen is surprisingly clear and will let you watch a full 5 hours of TV before the battery runs out.  The unit has built-in stereo speakers and they put out fairly good sound, if you want privacy use the headphone jack and included earbuds.

The Flo TV works uses a slightly different band from the cellular network digitally over UHF channel 55.  The Personal Television currently has 13 channels (channel lineup here).  The Flo TV ends up costing about $200 which isn't bad, the part I don't like is the monthly or annual fee to get the content.  The plans are as follows $14.99 per month after the included six month trial period ends, or $149.99 for 1 year, or $199.99 for 2 years.  Video of the Flo TV in action after the break. 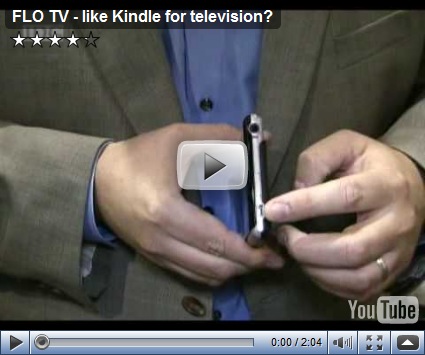 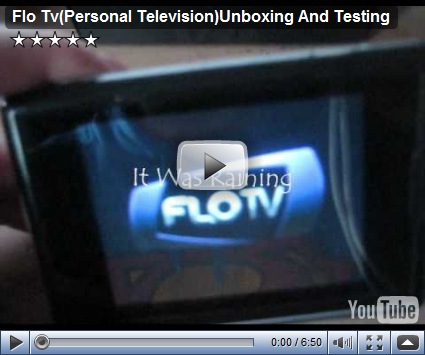