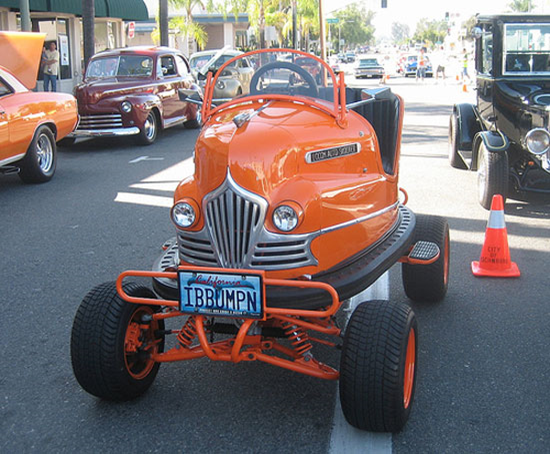 "There’s this guy, let’s call him Joe, with no formal mechanical or engineering training, just a gut feeling about tools and motors. He builds works of art out of materials that most people consider junk."

Read on for more details and pictures. 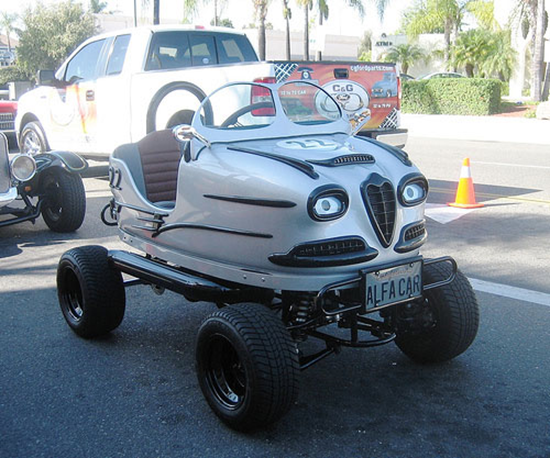 "This guy toils in his warm, dry hometown, turning bumper cars from the ’30s, ’40s and ’50s into actual (and for a time, street-legal) cars. Joe has built eight of them so far, complete with trolley poles and ceiling wiper blades. The cars come from around the U.S. "” including Coney Island "” and Europe." 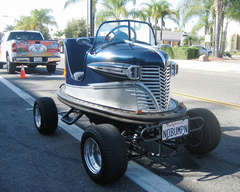 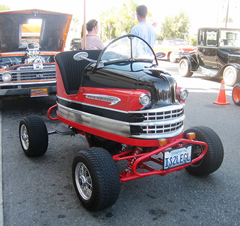 "Twelve years ago, he saw a weather-beaten, metal-hulled bumper car headed for the scrapheap, and thought, “I could fix that up, and people would appreciate it for its uniqueness and its style.”

He stripped it, gave it a cherry hot-rod paint job, and put it in the showroom of his business, which has something to do with finished-metal processing. A bumper car or two later, a voice in his head told him that it’d be even cooler if he mounted each car on a chassis that he custom-built, with a suspension and a motorcycle engine.

Today, two of his creations are powered by Harley-Davidson Sportster 1200 engines. Another has a $1,500 leather interior. There’s a Woodie with mahogany-and-maple paneling. The paint jobs alone cost $3,000. He tried installing CD players, but the vibrations were too much on the electronics.

At one point, Joe convinced a Department of Motor Vehicles clerk to register the fleet and issue custom license plates. Supervisors ultimately overrode that decision, which is probably a good thing. The cars lack seat belts, windshields, headlights and, ironically, bumpers." 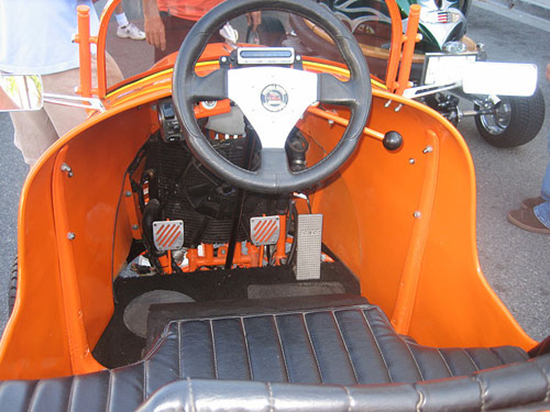 "Joe says, “It’s all about the cars. I just want to fix them up and make them beautiful again.”

And when he says he “just” wants to do that, he means it: “I’m not selling them. I’m not building them for anyone else but me. I’m not selling blueprints. I don’t want anyone to call me or visit me.” He says he’s turned down an offer by the Discovery Channel just to tape a special about his hobby."