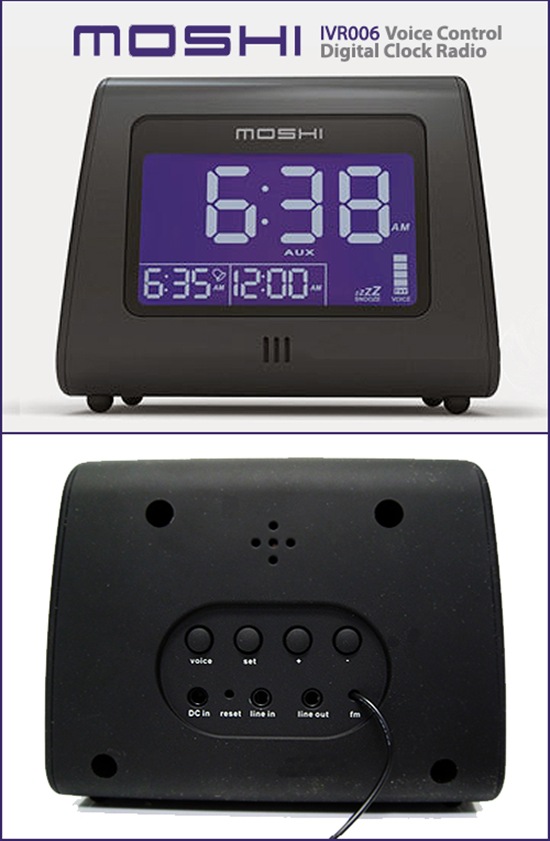 We originally got our hands on the Moshi Travel Alarm Clock with Voice Control in March 2010 and were surprised by how well the voice commands worked.  The bigger brother the Moshi IVR006 Voice Controlled Digital Clock Radio is similar but has 2.0 stereo sound for FM, AM, and an auxiliary input.

The clock has 3 lighting options so you can adjust the brightness of the buttons and digital screen.  This is nice for a bedside lamp so you don't end up lighting up the entire room.  The buttons on top of the clock gently light up as well so you can see them in the dark.  For some reason most clock radio alarms seem to ignore this obvious luxury.

The alarm function (there are two alarms) allows you to choose between FM radio, AM radio, or 3 surprisingly pleasant alarm chimes.  The alarm gently raises the volume of the alarm which is also a very nice feature.

There is also a sleep sound with timer, so you can listen to a soothing sound before going to bed and have it turn off after 15, 30, 45, or 60 minutes.  This feature sounds nice but is one of the weaknesses in my opinion because the sounds aren't great.  They sound just a bit off.  Not a big deal but this is the only area that could use improvement in my opinion.

The voice commands are similar to the travel alarm.  For example, you say "set alarm" and Moshi allows you to set the alarm with easy to follow (and quick) voice prompts.

Considering how well built, easy to operate, and the good stereo sound, the Moshi IVR006 is good deal at around $69. 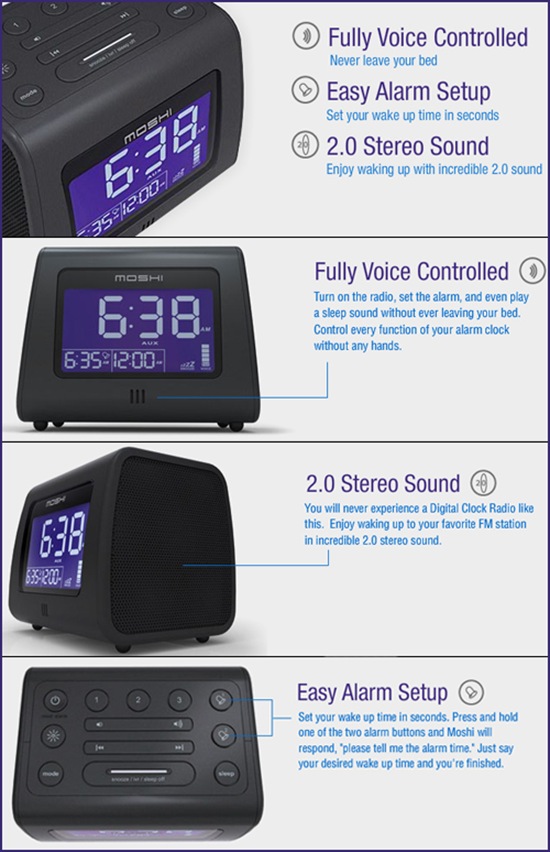