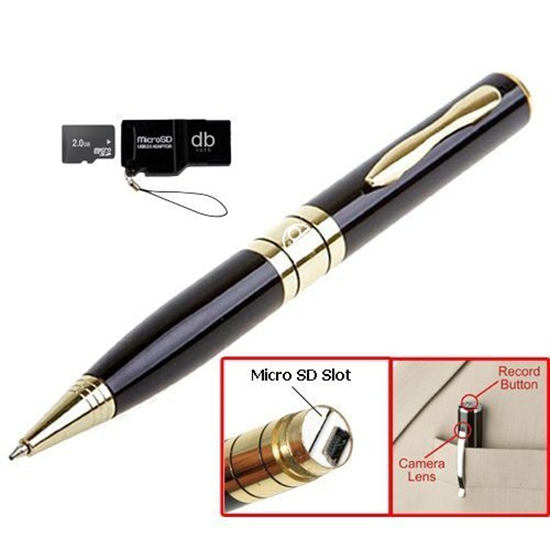 Why do spy shops keep turning out new spy pens?  Because, for the most part, people don't even suspect the lonely pen of being a sophisticated camera and dvr.  The DBTech Mini Video Pen packs quite a bit of spy gadgetry in to a good looking pen.

The pen records color photos and video with sound with a hidden camera and microphone on it's built-in DVR.  The video resolution is at 640×480 (not amazing but good enough) in AVI format at 30FPS.  Still photos are at a much better resolution at 1280×960 and are stored in JPEG format.  The camera has a built in rechargeable battery and uses MicroSD (up to 8GB).  Not to shabby for only $29.99.