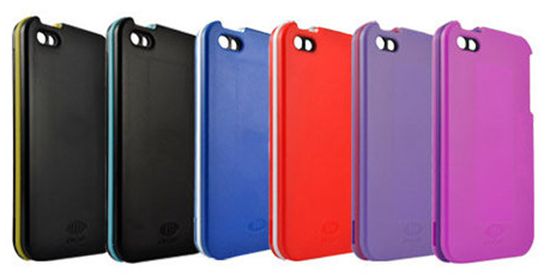 So I love my iPhone 4 and I cant imagine life without it – it is an amazingly functional and freaking cool, shiny-black, metallic, glassy, bright uber gadget.  Having learned from my previous experience as an iPhone 3GS owner, to protect its phatty uberness from the elements and accidents, upon getting the iPhone 4 on day one of its release – I put it in a protective case.  At the time, there was only one case available at the store and it was the CandyShell from Speck. While it offered protection for the iPhone, I quickly found out, that probably because of its thickness, it created problems taking photos.  Whenever I took pictures with flash – portion of the case reflected the flash into the lens. There were other problems – many of the third party accessories like charger cables did not fit and 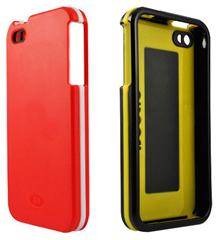 the case was a pain in the ass to take off and put back on, plus it seemed to age visibly every time I took it off.  Then came the Apple “mia culpa”, and I got the free bumper, which was pretty cool in the minimalist sort of way, but did not provide adequate protection for the back of the iPhone 4.  My  search continued, I wanted something that allowed me consistently functional access to the ports, something that was sturdy yet thin, and something that was just a teeny bit more colorful than black. I finally came across something that struck me as a more evolved case – and it was the Beetle from AGF.  The Beetle is a hard and exceptionally protective, but a very light case that snaps together, with the shock liner typically offered by bulkier cases.  Best of all, it offers unobstructed access to all controls and ports, and the area over the flash appears to be deliberately thinned out – so no glare problems on the photos.  My Beetle case is black with a thin blue stripe running around the edge, just enough color to make it less boring.  For people seeking a little more “flare”, AGF offers a variety of considerably brighter colors. The Beetle looks and feels like it was designed and fine tuned by someone who actually used an iPhone 4.  Despite its name, the Beetle is the least “buggy” case I’ve seen and used for the iPhone 4.