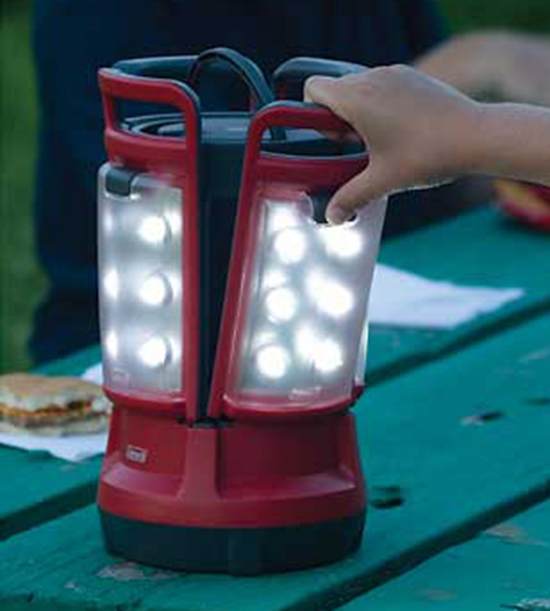 Coleman has decided that the lights don't have to go out just because the power does.  This Coleman LED Quad Lantern will keep the night at bay.  It's a pretty nifty design.  It has 24 LED's configured in 4 groups of 6.  The nifty part is that each group of six is on it's own removable panel.  Someone needs to leave the campsite to go to the bathroom?  No sweat grab one of the four individual lamps off of the Quad Lantern. 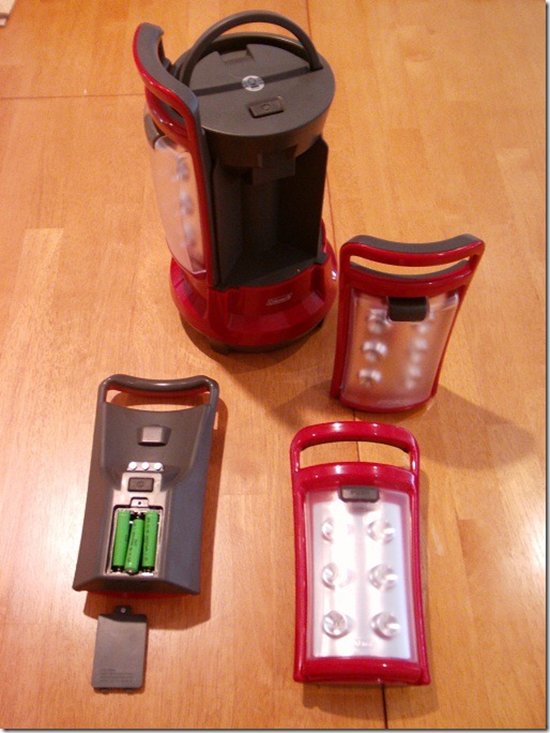 There is a folding handle and master on/off switch on the top of the lantern and each panel has it's own on/off switch on the back.  The base of the lantern takes 8 D cell batteries and each panel has 3 rechargeable 600mAh AAA cells in it.  I love the fact that the panels have removable AAA cells rather than being closed or proprietary.  Being able to replace them with 1000mAh cells after their ability to hold a charge has diminished will make this a long term investment.  The base unit also does a great job in recharging the AAA cells.  I ran the batteries down a fair bit for part of this test so I had a chance to do some comparisons on charging.  The lantern charged the AAA cells to an average of 1.393V.  My Ansmann charger charged the AAA cells to 1.396V.  That is such a small difference that it's not worth the trouble of removing the cells to recharge them outside the lantern.

Here is what the light output looked like when fully charged

This is what it looked like after running for 36 hours straight.  Not a likely use case but hey, you never know. (yeah, I know the pic is a little fuzzy but that's what happens when you shoot without a flash in low light) 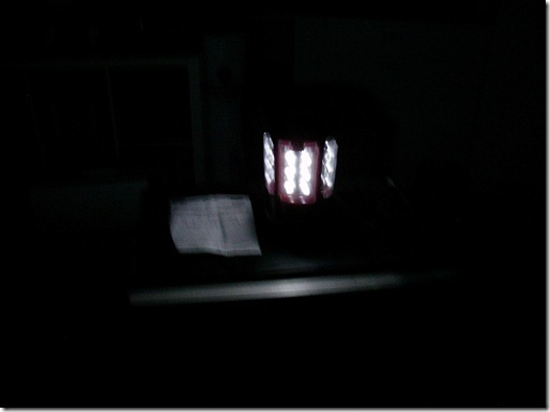 The D cell batteries (not included) go in the bottom of the unit and act nicely as ballast.  I like the fact that they're easy to replace when you need to recharge.  No prying them out. 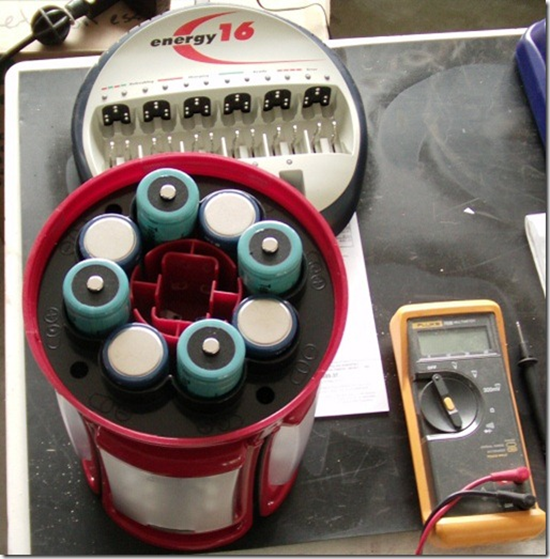 Overall I think this a great battery powered lantern.  I have two minor gripes with it.  The base battery cover feels a little cheap when screwing it back on and if you put a panel back while the panel is turned on then when take it off it will be turned on again.  Could cause a nasty surprise in the form of ruined night vision if you forget.