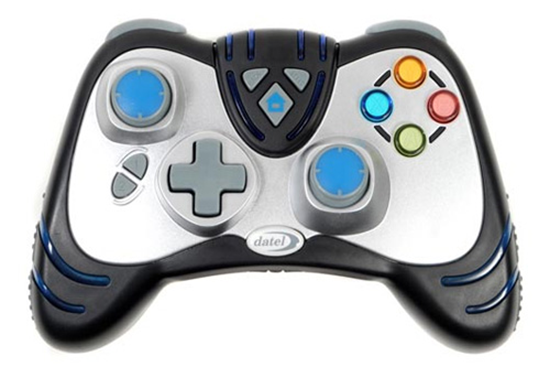 The Datel TurboFire2 Wireless Xbox 360 Controller is pretty slick and very customizable.  It is a little to slick according to Microsoft who is suing the British company Datel.  The Datel TurboFire2 controller for xbox 360 even allows you to connect it to your PC and download specific game enhancements for the controller.

Using a USB cable, players can connect the controller to any PC and use Datel’s Customizer application to download custom controller profiles. With it players can, say, remap Halo: Reach’s controls to mimic Call of Duty: Black Ops, which seems innocent enough.

They can also adjust the rate of the turbo fire, set up a special Sniper Mode, or limit the recoil they normally get while firing a weapon. Players can even set up macros for special moves. The video on the Datel website shows Super Street Fighter IV as an example.

It’s no more cheating than tweaking your PC controls, but Xbox Live is normally a more controlled environment. If another player came at me with his service pistol firing like a machine gun, I would probably lose it.

The TurboFire2 is available at the for under $40 here, so not only is it more flexible, it’s also a little cheaper than Microsoft’s standard controller.