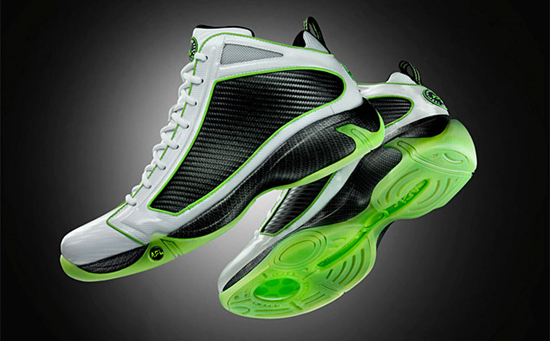 As a kid I always believed that a new pair of sneakers gave me the ability to run faster and jump higher, apparently it was all in my head.  Well this pair of shoes, the Concept 1's, from Athletic Propulsion Labs can actually improve your vertical jump by 3.5-inches.  What man doesn't want an extra 3.5-inches?

The Athletic Propulsion Labs Concept 1 Shoes ($300) were thought up by a pair of USC basketball players and are currently banned by the NBA.  The Concept 1 shoes feature a Load "˜N Launch spring loaded propulsion system in the front of the shoe claiming to increase your vertical jump.