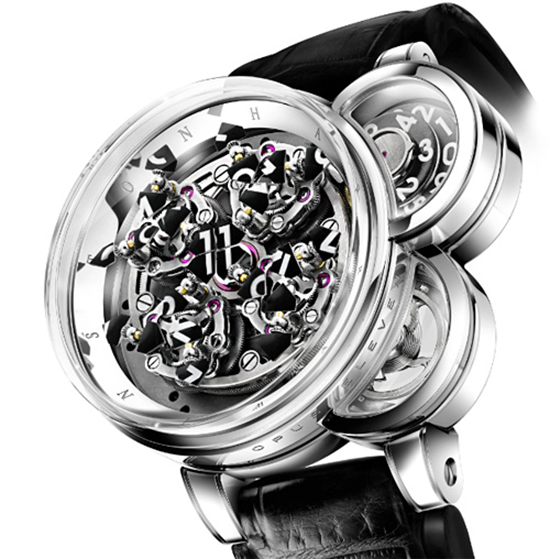 There are so many cool watches available today, some glow in the dark for many years, some use satellites to update information, some are phones, and some are just pure wrist candy.  The Opus Eleven Watch falls into the "I have too much money" category at a starting price of $230,000.

The largest of the three viewing windows has a dizzying array of gears and placards but only serves to show the hour.  But it is amazing to watch it switch every sixty minutes.

Watch the video of this amazing watch after the break.

"Anarchy takes hold of the hours indication beneath the sapphire-crystal dome every 60 minutes. The numeral of the hour, assembled in the center of the circle, explodes into chaos before instantly reassembling as the new hour. It then remains still until the next disintegration. Instead of a hand, 24 placards revolve and rotate on a complicated system of gears mounted on an epicycloidal gear-train."