Bitcoin… What started off as quiet Open Source software project, gradually became one of the most ambitious ventures on the Internet.  Embraced by the savvy technocrats from the left and the right of the political spectrum Bitcoin is beginning to capture the headlines of the mainstream.  But what the hell is bitcoin?  According to the wikipedia Bitcoin is a digital currency created in 2009, based mainly on a self published paper by Satoshi Nakamoto.  It is the government independent, internet distributed, community generated, mostly anonymous, virtual cyber currency without borders – a dream for anarchists and libertarians.  Unchecked by the worlds governments, but with global reach, it might just be the Next Big Thing.

Bitcoin is most commonly generated through a process called mining, which is technically mathematical hashing with properly equipped computers solving large numbers of mathematical functions and being rewarded with blocks comprised of 50 Bitcoins each.  Installing the free Bitcoin software from http://bitcoin.org/ will create a “wallet” on your computer with a unique ID that will allow you to send and receive Bitcoin.  The amount of Bitcoin entering the world is finite, capped at a lifetime of 21million by the mathematical formula governing it.  At the present there are over 7 million bitcoins in the world.

Just as there are many fans of the Bitcoin project, there are many critics.  Some are concerned that Bitcoin transactions can not be reversed, yet most view this as a benefit not a deterrent – being Paypal’s charge-back biaatch made some folks a little bitter…

Arguments that Bitcoin is doomed to fail because “it is not backed by anything” pop up all over the place from various pseudo-pundits and frequently parroted by various blogs that should stick to leeching 4chan for their next news ideas.  But the proof is in the pudding, while some debate, others are quietly hashing away cranking out Bitcoins and either hoarding them, or playing the FOREX-like Bitcoin market, or buying goods, gambling, or simply making real, tangible cash.  For the people who slept through their Economics – assets can be tangible and intangible, and while the value of an asset can fluctuate based on supply and demand, the market value of an asset represents what someone is willing to pay for it– not the value it is offered for or intrinsically worth.  Much has been written on the Bitcoin by people much smarter than me and if you chose to steep yourself in the academics if it – feel free to do so here.  For the people preaching superiority of government backed financial systems please refer to the freaking Zimbabwe or the epic beating received by the United Kingdom from George Soros during the Black Wednesday.  But this is a gadget website and we talk about gadgets, so excuse my lengthy preamble and allow me to tie in some pimp gadgets into my Bitcoin rant.  Read on for details.

The specialized computers that are used in the mining-hashing of Bitcoins are frequently referred to as mining rigs.  Some mining rigs are high end gaming rigs equipped with the proper high end video cards.  Others are akin to bicycles with rocket engines strapped onto them, since min-maxing mining rigs became somewhat of an art form in the Bitcoin community with people refining and polishing their builds for maximum performance at minimum cost and power consumption. 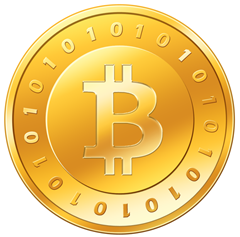 Bitcoin mining does not require a beefy CPU or loads of memory – a low power Sempron 140 with less than 2gb of memory is plenty.  There is also no need for a large or fast hard drive, in-fact some minimalist rigs use USB flash drives to house the OS and the mining software. Some people use full towers to house 3-4 video cards, while some use the minimalist approach and skip the cases all together, leaving their creations naked to the world.  A sensible mother board like the MSI 890FXA-GD70 allows for installation of up-to 4 cards and flexibility of processors like the Sempron, Phenom II X3, X2, X4, X6, Athlon II, Athlon II X2, X4, or X3.  One of the areas where you cant skimp is the power supplies.  It is not uncommon to see rigs running with 1000-1200 Watt PSUs.  The secret sauce that makes efficient hashing possible is in the Video Cards, the GPUs.  Cards are rated based on their hashing ability, which can be improved through overclocking and other fine-tuning.  Oddly, only the Radeon cards are viable for efficient mining, with $100 Radeon cards running circles around the most amazing $500+ offerings from NVIDIA.  This lead to some interesting conspiracy theories about AMD (ATI/Radeon) being behind the creation of Bitcoin.  Regardless of the conspiracies, Bitcoin mining definitely helped AMD prop up its PR and the value of its cards especially some of the legacy models like the HD 5830, HD 5850, and HD 5870.  The most epic Bitcoin mining card is the hard to find Radeon 5970.  Its a two GPU card, that not only kicks butt for mega hashing but is also one of the hottest gaming cards on the market today.  While the Radeon 5970 is a virtual Lamborghini in terms of performance, it is also the most efficient in terms of mega hashes per joule (energy efficiency ; 1 joule of energy is spent for 1 watt in 1 second), as well as mega hashes per dollar spent on the card.  Recently I came across a batch of these delectable cards at Unity Electronics (get them while you can).  So whether you are building a beastly Bitcoin mining rig, or just an all around kick butt gaming system, the Radeon 5970 is the superior choice.  Enjoy responsibly.

6 Comments so far. Feel free to join this conversation.