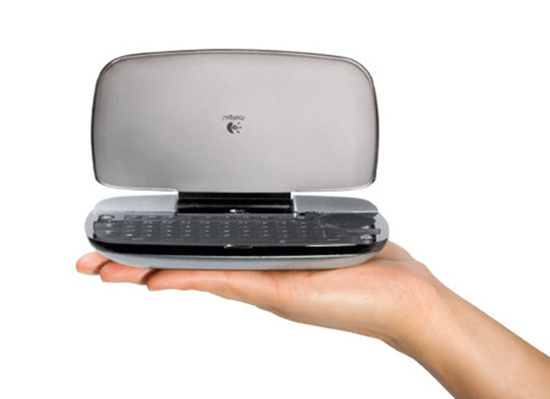 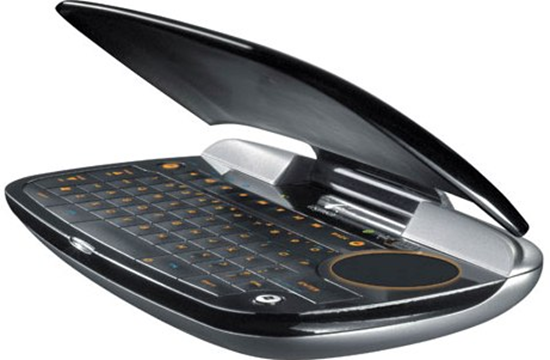 Ahh, where to begin?  From the beginning I guess.  When I bought the first (of three) Logitech diNovo Mini I had been searching for the best HTPC solution.  I wanted a keyboard and mouse (touchpad in this case) combination that wouldn't take over the coffee table.  There are plenty of options out there in the HTPC keyboard/pointing device world.  Many of the options are too big, have a strange layout, or are ergonomically challenged.  With that said, the diNovo Mini looks great sitting on the coffee table and feels great in the hands.

Why did I buy three of these little HTPC keyboards?  After about 6 months I had a handful of keys on the upper left side of the keyboard die on me.  Time to get my second diNovo Mini.  Number two worked for about a year and then wouldn't hold a charge (not the battery, which I am using in my number three) and would turn off/on repeatedly.  I recently bought number three which just like the first two has the infamous random connectivity issues and slow motion effect.  These connectivity options are listed in many of the online reviews of the Logitech diNovo Mini.  Sometimes the keyboard will not respond and you have to remove the battery and put it back in, then things are back to normal.  At other times, they cursor will move in slow motion, this happens every day or two and seems to fix itself after a minute or so.  The diNovo Mini has been around since 2008 with no major changes, fixes, or upgrades as far as I can tell.  Logitech, fix these issues and I will be your biggest evangelist for this product.

OK, now that I have got the gripes out of the way I can tell you why I love the diNovo Mini.  It has great visual aesthetics and is almost functionally perfect.  If Logitech added some sort of vertical scrolling feature (not the up/down button that hops 1 page at a time”) and supported Xbox and Apple it would be darn close to perfect.  When sitting on the coffee table with the tinted cover closed it makes other remotes in the area look ugly. 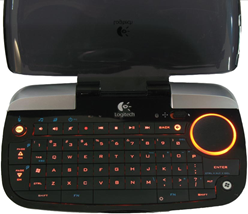 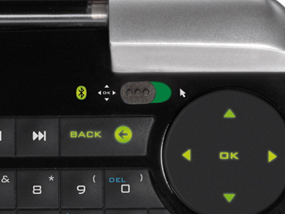 The diNovo Mini weighs only 0.4 pounds, is about three-quarters of an inch tall and six inches long.  The 61-key keyboard is backlit by your choice of orange or green lighting.  Typing on the diNovo Mini is like typing on a Blackberry but easier.  If you are doing more than entering websites, searches, and log-in information you may want a bigger keyboard.  With that said, it is the only keyboard we use on our HTPC as we aren't writing books here.

The diNovo Mini goes from retail box to fully installed in a matter of minutes.  You simply pop in the rechargeable lithium-ion battery, plug in the Bluetooth dongle, and install the Logitech SetPoint software.  The software is optional but I recommend installing it as it lets you customize hot keys and tweak mouse settings.  The diNovo Mini currently only works with Windows and Sony PlayStation 3.

Good "“ The Logitech diNovo Mini is well designed, looks good, and is easy to set up.  Lit keyboard.

Bad "“ Expensive.  Often looses connection which requires removing the battery.  Sometimes has slow response, cursor moves in slow motion.  No support for Xbox or Apple.  A scroll wheel/bar would be nice.

Would I buy it again? "“ Yep.  As much as the frustrating connectivity problems annoy me, I have yet to find a better looking and feeling solution.  The keyboard and touch pad work well.  You can get yours here.