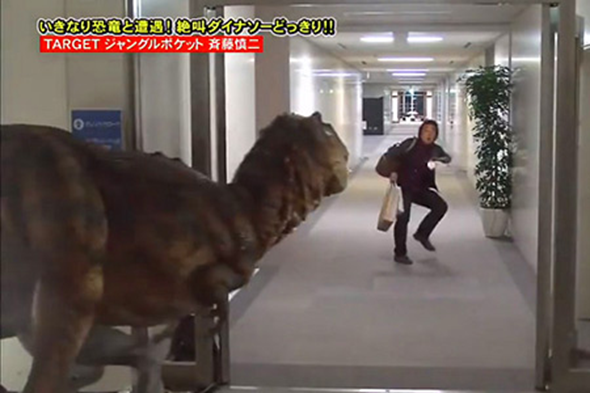 The only thing better than American game shows are Japanese game shows.  Apparently Japan isn't a litigious country because they really aren't afraid to torture people on their shows.  Where do you think our show Wipeout came from?  Japan.

This clip (after the break) shows what happens when you release a very realistic Velociraptor dinosaur in an office building while people are getting to work.  This poor guy thinks his life is about to end.  Video after the break.