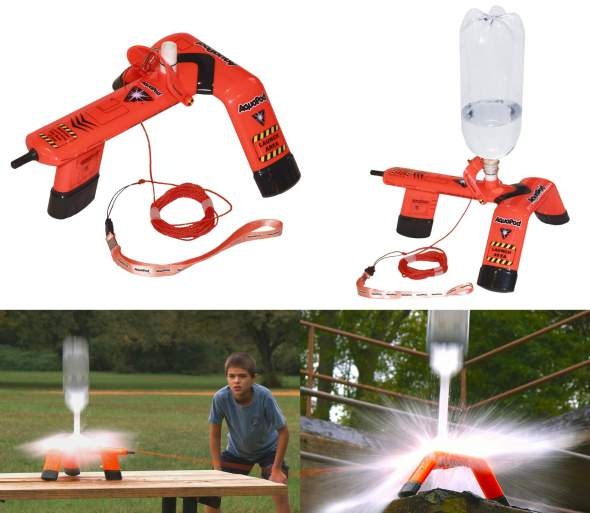 As kids we use to launch bottles with some pretty sketchy homemade PVC pipe systems.  While the homemade systems worked, I was always amazed we never got injured.

If I wanted my kids to play with something similar I would buy the AquaPod Bottle Launcher.  Not because I am lazy, but because it is engineered with a bit of safety in mind.

The AquaPod Bottle Launcher ($35) has a built-in pressure valve to keep bottles from exploding as well as a long trigger cable for launch time.  All you need is a 2 liter bottle, a bike pump, and some water.  AquaPod video after the break.