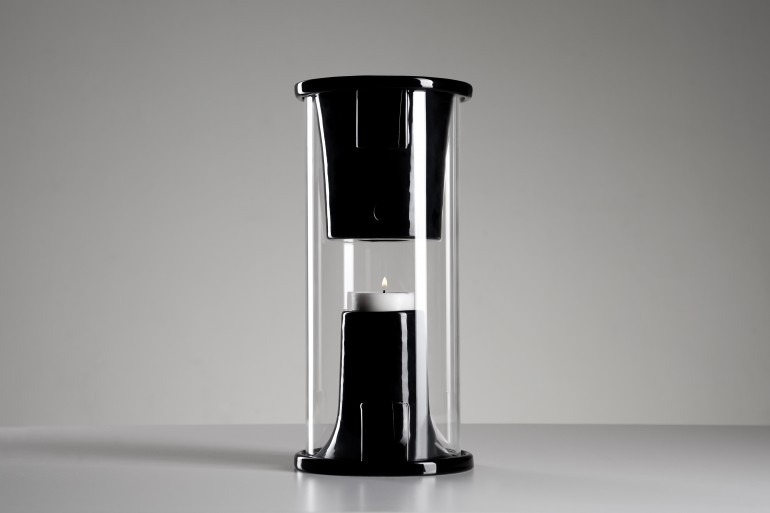 Imagine sitting on your deck on a nice summer evening, enjoying hors d’oeuvres and wine.  Now imagine it playing with your favorite music softly playing.  Many things are just better with good music.  With that said, I doubt you imagined that music coming from a huge plastic eyesore with blinking blue lights.  Three Italian dudes, Gianluca, Edoardo and Matteo, also felt this way.

In the summer 2012 Gianluca, an Italian engineer with a passion for electronics, was organizing an elegant dinner on his terrace for his fiancÃ©e. He needed some music to create the right mood, but he realized that his traditional bluetooth speaker wasn’t appropriate for the occasion:

Since that night, Gianluca started to think to a functional, elegant, wireless and plastic-less audio speaker.Looking at the candle, an old notion from engineering school came to his mind: the "Peltier effect".After 18 months of tests in his basement, the first rudimentary prototype of Pelty, the first Bluetooth speaker powered by fire, was born. 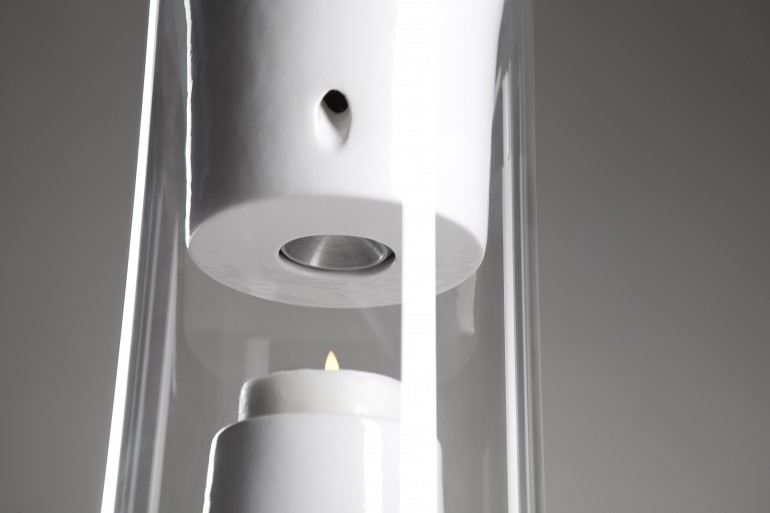 Now imagine that same cool dinner with friends… and as you light a candle music appears from the candle holder.  The music is coming from Pelty, a Bluetooth candle-powered speaker.  Pelty has no power cords or batteries.  Pelty works off of a thermoelectric converter that converts heat, in this case from a candle, into electric power.  This is known as the peltier-effect. 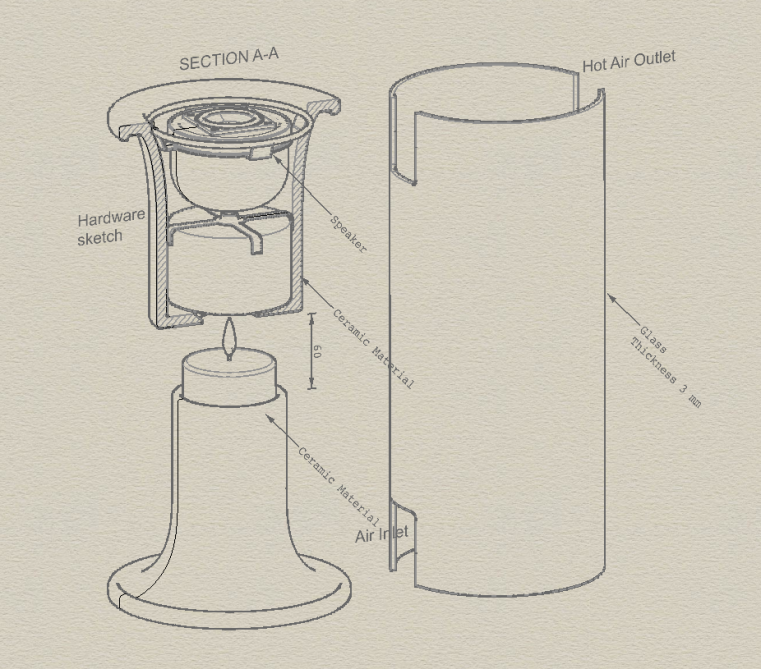 One tiny candle will power the Bluetooth Pelty speaker for up to 5 hours.  It is made in Italy from wood, ceramic, and glass and is currently on Indiegogo for around $229.  Video of the Pelty fire powered speaker after the break.