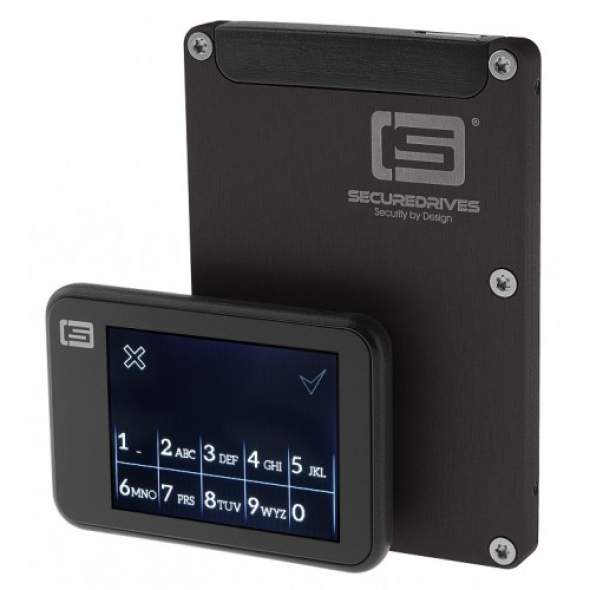 This super high-tech hard drive is the stuff of James Bond movies. The SecureDrive Autothysis128t allows the user to quickly render the drive useless via a simple SMS message. Sounds too good to be true. Read on for how this amazing SSD hard drive works.

First off, if you have ever had a laptop turn up lost or stolen you know the panic moment where you take mental inventory of all the data that is on the hard drive. Then you realize how helpless you are. There isn’t much you can do at that point. Until now. A UK based company, SecureDrives, have created a 2.5-inch 128GB SSD drive that not only encrypts the data but has a GSM (cellular connection) chip so that the user can send a simple SMS text message to destroy the data.

The 2.5" Drive can be used inside a computer via the SATAII interface or externally via the micro USB3.0 port with a micro USB3.0 or micro USB2.0 cable.

The Drive has built in GSM with the capability of physical data destruction on demand. It is the first SSD Drive in the world to offer remote fragmentation of the NAND Flash storage within the Drive. This patented technology is designed to fragment the NAND Flash along with the security controller to impede any data recovery technique that might be applied in an attempt to gain access to the encrypted data. No amount of computer processing power will help if a NAND Flash can’t be mounted onto a PCB. The whole design approach of this Drive was based on reverse engineering data recovery techniques.

The Autothysis128t isn’t cheap at about $1,650, but losing your data can often cause headaches, embarrassment, and lost money. The price tag also includes one-year of GSM subscription ($47 per year thereafter).