I have bought and played with too many quadcopter to list them all here. Let’s just say the price tags vary from $30 up to $6,000. Yes, it is a bit of an addiction. Luckily I am not alone in my love of the UAV quadcopters and have a few friends willing to play with the new Dromida Ominus Quadcopter.

We played with 5 of these for about 30 minutes. Our goal was to see if some of these manufacturer claims were true, “…nearly impossible to break” and “Extremely durable: Sturdy frame stands up to abuse and comes back for more”. Long story short, we had the epoxy glue out in a matter of minutes. Read on for details. 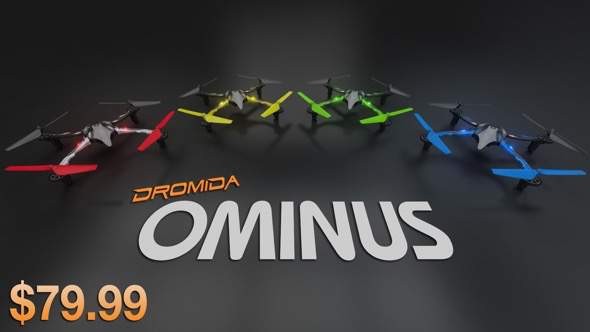 First of all this little quadcopter is a pretty great beginners platform. The packaging was good, instructions were well written, and it came with everything you needed to fly (including batteries). The controller uses 4AAA batteries and the quadcopter uses a small USB rechargeable battery. Average flight time is about 15 minutes. The Ominus Quadcopter comes in your choice of yellow, blue, green, or red.

Dromida’s marketing claims are difficult to ignore. No matter how durable a copter claims to be, there are always a few weak points that tend to fail. The Dromida Ominus, while durable, is definitely not indestructible. In fact, I think we all expected more. Don’t get me wrong, the copters are fun and took quite a few mid-air collisions with each other but they won’t last a week with the way we were playing with them. 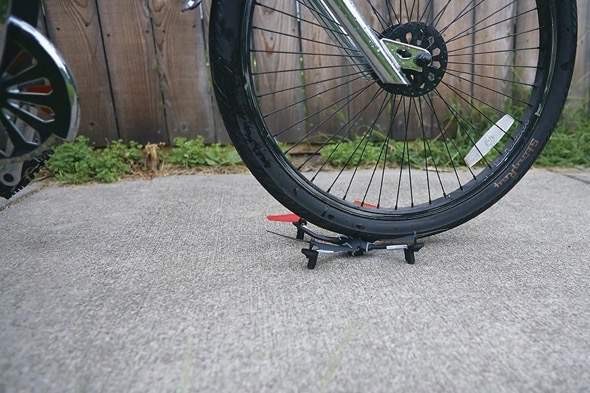 We bought 5 of the Ominus Quads and immediately charged up the batteries and took to the skies for some good old fashioned crash-up derby action. After watching the video of dogs chomping on the quad, many crashes into hard objects, and a wheelbarrow full of brick rolling over the Ominus we thought some mid-air crashes wouldn’t phase the copter. We were wrong. 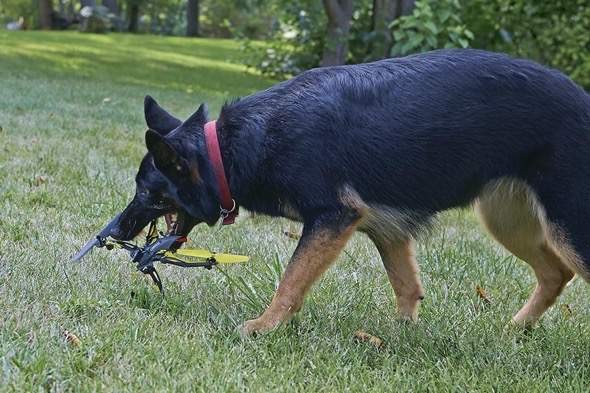 We were having a blast, laughing like 15 year old boys. We were flying around trying to take one another out by bumping into each other. Surprisingly, it was tougher than we thought to collide in mid-air. We did manage to crash a few times and after about 30 minutes of flight we had already broken 2 of the 5 copters. :( One snapped at the arm where the motor attaches and the other bent where the arm attaches to the main body. They are currently glued back together, with epoxy, and waiting for their next battle sessions.

Cons – Out of 5 copters, 2 were damaged badly after 30 minutes of playing. All 5 have bent prop shafts.