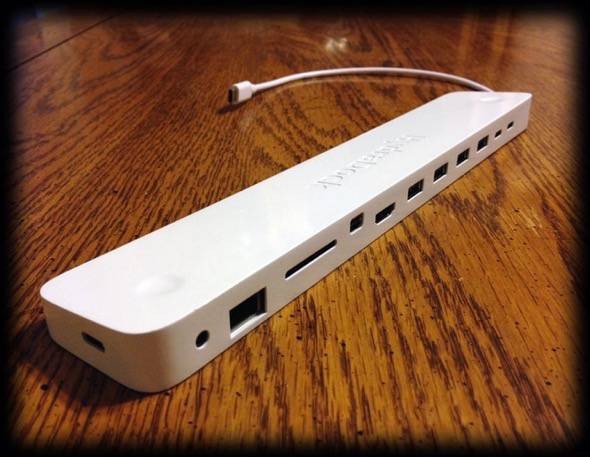 The new MacBook is a leap forward but has some folks concerned about the lack of ports. In fact, there is just one port on the MacBook in the form of  USB-C. As expected docks are popping up left and right to fill this void.

The HydraDock (currently on KickStarter) is adding 11-ports to the new Apple MacBook. Read on for details. 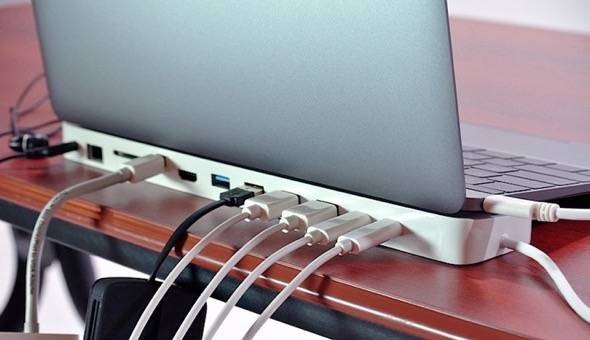 First of all, not sure why they decided to use an 80-year old ex-smoker for their voiceover (Maybe that is the famous Jack Campbell?). I was so distracted and wanted to get him a throat lozenge. I also particularly liked watching the guy read his lines at 1:05. None of that really matters as the product looks pretty cool and I almost pulled out my wallet, but didn’t. I have seen enough IndieGoGo and KickStarter campaigns go south and this one has a few red flags. At least for me. The first one is the fact that Jack Campbell is involved. Whether all past allegations are true are not just aren’t worth investigating. 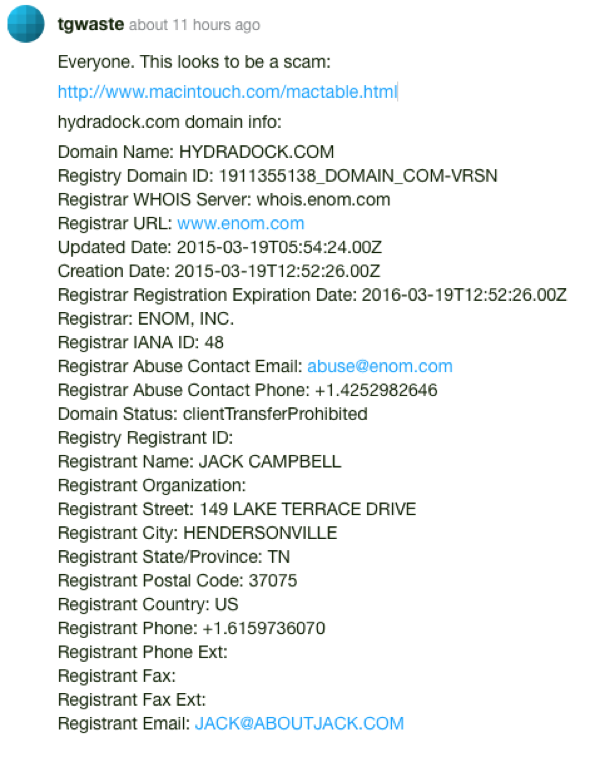 The second red flag is the fact that KickShark (the company behind the HydraDock) seems to think MFI cables can’t be made obsolete by Apple with software updates and that is just a marketing ploy.  I am not sure I agree with that one as I have had cheap third party cables all die on the same day after an Apple update.

“Hi Jeff. We have no MFI program participation as we have no plans to take any of our products to brick-and-mortar retail. So, we are saving the money, to reduce cost and pricing. The general public does not realize that the MFI program is a marketing revenue generator for Apple, not a quality certification program. Any conscientious manufacturer can produce a completely functional, high-quality product, with or without the MFI logo. Apple requires MFI for their retail store products. And, to not offend Apple, most large retail chains insist on MFI branding. Since we’re not going to brick and mortar, we decided against paying rent to Apple.”

Whether the controversy is real or not, it is enough for me to wait and see who things go. If this is the dock for you, here are some more details. I think it actually looks pretty darn good.