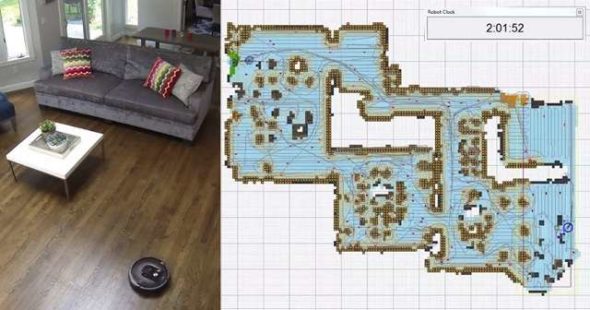 The resident iRobot CEO, Colin Angle, recently made a statement that the company may begin selling customers house floor plans. Specifically it mentioned selling to Amazon, Apple, and/or Google. This assumes they are even buyers.

Let me back-up a bit. Apparently the newer iRobot Roomba’s scan and map the inside of your home. We all assumed this was just so this robotic vacuum cleaner could navigate the house and contents in a more efficient manner. Makes sense, right? Well in a truly douchey fashion iRobot is now pondering selling this private and personal data to the highest bidder. The fact that they are even considering this has me banning their products and pushing better/cheaper alternatives like these. What’s next iRobot? High resolution pictures and videos from your customers homes?

“There’s an entire ecosystem of things and services that the smart home can deliver once you have a rich map of the home that the user has allowed to be shared,” said Colin Angle, iRobot’s boss.

That possibility has led to a shift in direction from the company technologically. While all of the housecleaning robots in its range are capable of navigating around a room, only the most advanced machines it makes do so by creating a mental map of the space; its dumber bots simply move almost randomly until they’re pretty sure they’ve covered the whole area.

Angle told Reuters that iRobot, which made Roomba compatible with Amazon’s Alexa voice assistant in March, could reach a deal to sell its maps to one or more of the Big Three – Amazon, Apple and Google’s Alphabet – in the next couple of years.