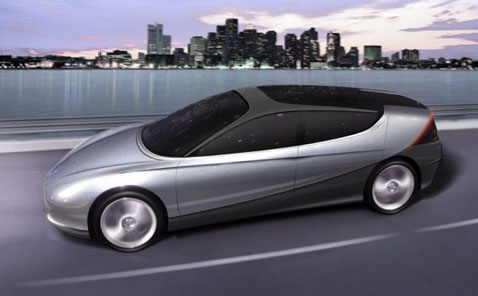 Leonardo Fioravanti of Pininfarina has made a prototype car, the Hidra, windshield wiperless.  The main point about the car is that it has a 4-layer nanotech windshield that manages to push debris off of the windshield.  Basically no windshield wipers.

The nanotech windsield is made up of the following 4-layers:

The technology is 5 years out before it “may” see mass production.  I would really like to see a video of this magical windshield in action.  Frankly, I am suspicious of its ability to remove a monster bird poop.