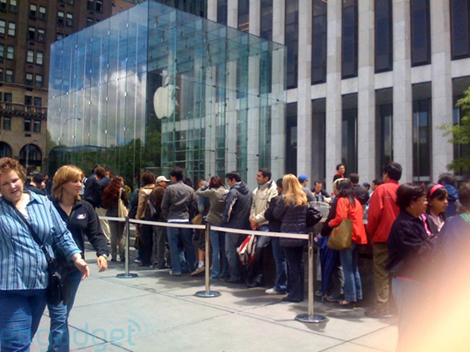 “So word on the street (literally) is that a large number of people are queuing in line outside of Apple’s flagship store on 5th Avenue in New York City (see above) — keep in mind the Cube is open 24 hours a day. Our intrepid girl-on-the-scene reports that the group is more than 60-deep, though most people seem confused about what they’re waiting for, while some believe they’re actually camping out for a 3G iPhone. Meanwhile, Apple reps tell us they’re crowd-controlling iPhone buyers because otherwise they would be “screaming” at employees and clogging up the store. See what happens when you get short on stock? More pics after the break.” 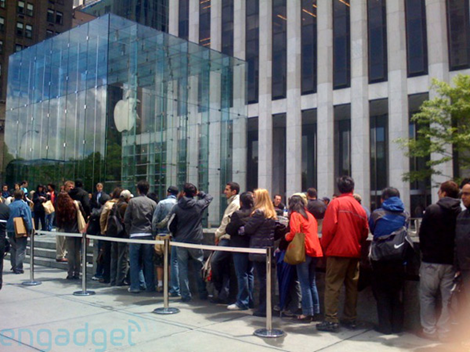 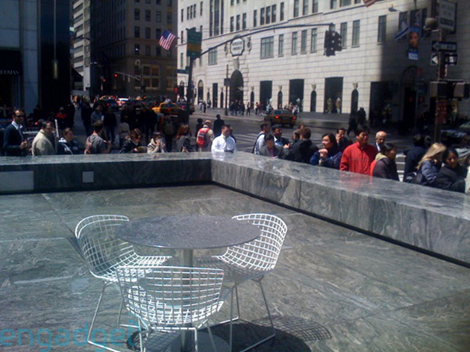