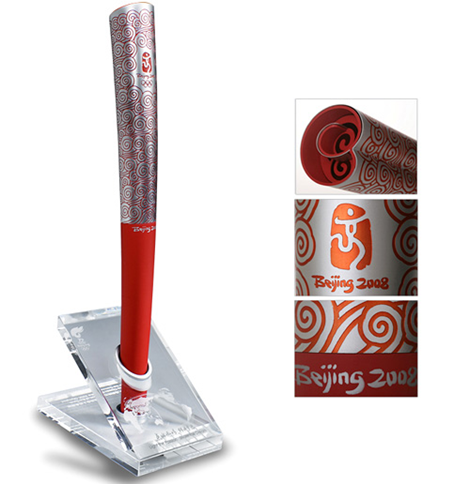 For a paltry $500 you can have a replica (built from left over steel from the “Birds Nest” national stadium) of the Beijing 2008 Olympic Torch.  I love the Olympics as much as the next guy/gal… but not sure I want a 29cm tall version of it laying around collecting dust.

By the way… anyone notice how great China looks in HDTV?  Ever been there?  Not that nice and super smoggy.