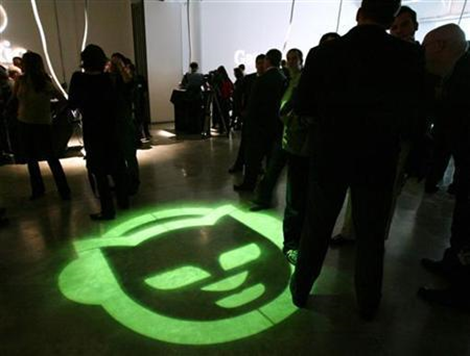 Check me if I am wrong, but Napster is dead, and has been dead pretty much since the day they stopped being “the place” to pirate music. In today’s world people can get any friggin tune from iTunes if they have the money, and from Tagoo.ru if they don’t have the money. Now Best Buy has decided to drop $54 million to buy Napster. Apparently their idea of diversification is blending tons of rapidly depreciating hardware with tons of tunes that no one will buy. All told the deal amounts to around $121 million, with about $67 million headed towards getting cash and short-term investments from Napster’s balance sheet. This reminds me of the $50+ million dollar Egghead.com acquisition by the old Onsale.com and the subsequent buffalo effect. Best Buys stocks briefly twitched in the positive direction until the news really sank in or until they got dragged down by today’s overall pwnage of the Stock Market. But let’s end this on a positive note, there is always Tagoo.ru.