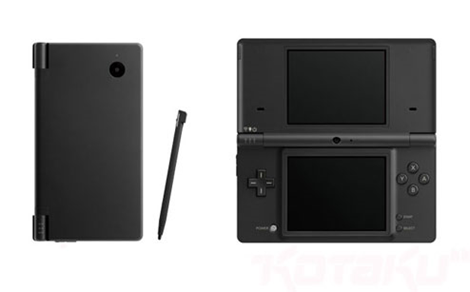 Nintendo DSI, the latest addition to the Nintendo family, was just launched in Tokyo Japan. As always the US addicts will not get their fix now, we get to wait until the next year. As someone who owns 4 of these little crack dispensers of fun ( 3 kids… Okay? Backoff!) I am pretty excited about this gadget.

First the good stuff… like a bigger screen, you get a modest increase of a quarter inch in width – that’s 3.25 inches and the crowd goes wild. The new DSi unit is lighter (not like the old one weighed a ton), and slimmer – Yay!  The Big Deal is the 3-megapixel camera built into the DSi cover… and a lower res camera on the inside hinge.  The cameras are supported by a bunch of cool freebie apps that let you screw around with your photos. The other biggie is the supposedly improved WiFi capability of the DSi. Lets face it, the DSLites WiFi hookup was total ass – unless you connected to an unencrypted network you were up a creek. The new “audio enhancements” will allow you to  change the pitch and speed of a sound, put effects such as "electrical fan" on a person’s voice or play a sound backwards (YVAN EHT NOIJ)… The DSi also features an SD memory card slot, making it possible to take pictures with the DSi and then view them on the Nintendo Wii. The DSi features a built-in browser, and it’s possible to download games and keep them on the DSi. For digital delivery purchases, there is a DSi Shop, from which users can download DSiWare from. Pricing categories for the DSiWare are: Free, 200 points, 500 points and "Premium" or 800 points. Customers will get 1000 free points to spend at the DSi Shop that are good until March 2010.

As far as the bad stuff, it’s bad but I understand why Nintendo is doing it (Greedy Bastards). The DSi is more expensive – ?18,900 (USD$180) and THERE IS NO GBA SLOT!!! Nintendo took away the slot for Game Boy Advance games (Bastards!). No longer can GBA games be played on DS (Bastards!) and DS games that use the GBA slot can’t be used on DSi (Evil Bastards!) but a new range of DSi-only games are likely to appear so this could make up for the difference at a PRICE. This also very deliberately screws the homebrew crowd, from shady 3rd party hardware developers to evil pirates (Arrrr) to honest altruistic coders who cranked out some amazing DS apps for free. The GBA castration of the DS platform earns Nintendo a finger salute from my kids (guess which finger).

In the final analysis, I will not pretend that I am not buying the damn thing as soon it hits USA. 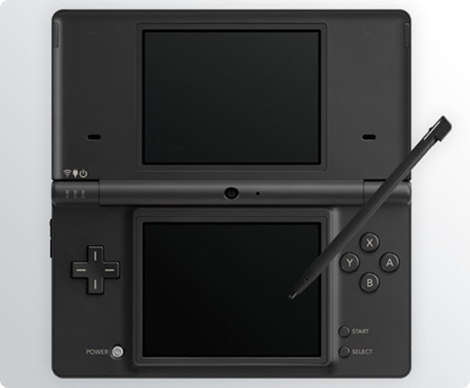