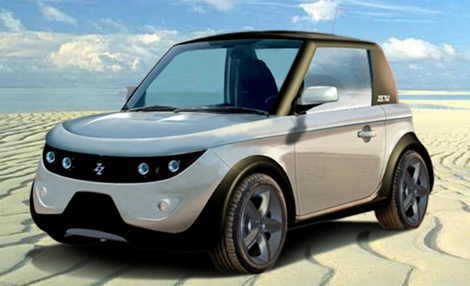 Italian industrial firm Tazzari has announced preliminary specs and launched a new website for its plug-in auto, the Zero. Measuring 113.5 inches long and sporting 15-inch wheels, the city-bound electric car weighs in at 1,200 pounds — 312 of that from the lithium-ion Fe battery. It’ll handle 88 miles with a full charge that takes 9 hours to fill, but you can reportedly juice up to 80% in just 50 minutes. Top speed is 56 MPH, so don’t expect to be driving this on the highway, and it can go from 0 to 31 in under 5 seconds. The company says it’s due out later this year in Europe and the Caribbean for less than 20,000 Euros ($25,760), and yes, there’s a dozen Crayola-inspired colors available. Hit up the official site for a trailer.