The app in question, “Hottest Girls” ($1.99), carries a 17+ rating from Apple and until recently only featured women in lingerie and bathing suits. But Hottest Girls’ developer Allen Leung told bloggers Thursday that, “We uploaded nude topless pics today. This is the first app to have nudity.”

Macenstein noted that the announcement rivaled “the first transmissions from the moon landing in importance.”

What do you guys think? Is this further relaxing of Apple’s once strict code of app conduct good news? Or is it a decent into exploitation and a cheap way for Apple and developers to rake in the dough? And how far do you think Apple will let things go? 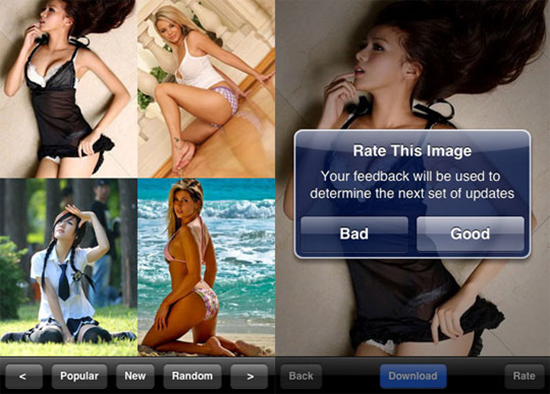