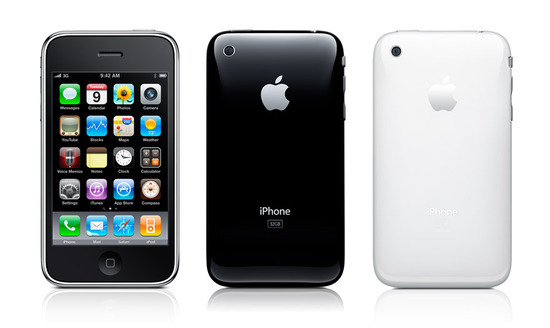 Hi Kids! Everyone got their iPhone 3GS? Good! Aren’t they neat? Hell yes, its a dream device – email, photo, video, music, and look its a compass, a GPS, and a gaggle of nifty apps – all just a screen-poke away! You know what else is? Its a tag! You know like a tag on an animal to keep track of its movement? Only in this case, it was made by Apple, so its an Uber Tag. It keeps track of your personal life, it keeps track of your location, it keeps your emails, your photos, your videos, your pattern of behavior. It is every spooks and enforcement agents wet dream! You see it keeps the data even if you think you deleted it. Can’t be, right?! But wait, its encrypted, so that means its “safe”. Right? Apple made a big deal about their hardware encryption, and all the security measures built into an iPhone 3GS. According to Apple, hundreds of thousands of iPhones are used today by major corporations and government organizations, so this shit has to be secure…. Right? No one can get YOUR data, right? RIGHT? I mean it would totally suck if the iPhone’s security was hackable in 2 minutes using some freeware app, and by hacked I mean completely bypassing all the much touted “protection”, hacked so thoroughly that all of your data – ALL OF IT – including the shit you though you deleted, even your keystrokes stored in the keyboard cache file, was accessable. Your live data can be sucked out in 2 minutes, and ALL of your raw data from can be removed completely in under an hour. But, but, but, what about my encryption?! Here is the real kick in the pants – once the data extraction from an iPhone 3GS starts, the iPhone begins to decrypt the data for you, errr for THEM…. Want some meatier details? To steal an iPhone’s disk image, you can use popular jailbreaking tools such as Red Sn0w and Purple Ra1n to install a custom kernel on the phone. Then, you can install an Secure Shell (SSH) client to port the iPhone’s raw disk image across SSH onto a computer. BTW, standard disclaimer here for lawyers and other retards, I am not saying go do it, I am saying that its doable, with increasing ease! Its just a matter of time before indepth noob friendly how-to vids will pop up on Youtube from hackers wanting to up their street cred. In the meantime lets give credit where credit is due, the guy who broke the news and lifted the skirt a little on the how-to process is Mr.Zdziarski and his education vid can be seen after the break.

The ‘Good News’ is those who have nothing to hide got nothing to fear. Right? Like in Orwell’s 1984, we can win a victory over ourselves and learn to love the Big Brother.