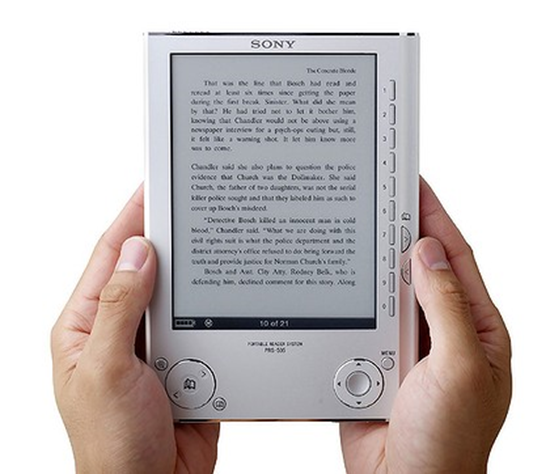 That’s right, Sony is taking two cheap shots at the Amazon Kindle – a $199 shot and a $299 shot. Sony announced plans to launch two new, El-Cheapo (by Sony’s standards), electronic readers aiming directly at the Amazon Kindle. The Marketing Jedis at Sony even came up with wickedly snappy names that roll off your tongue, like The Reader Touch Edition and The Reader Pocket Edition – who needs short quaint product names like Kindle or iPod… Sony is busting out “LARGE” with a six inch touch sensitive screen on the Reader Touch Edition and the whopping five inch screen on the Reader Pocket Edition.

Pretty freaking keen… At this point in the article I could go on and talk about the note-taking capabilities, or the lack of wireless on these new Sony electronic book readers. Instead, I will take some cheap shots of my own, at the whole Electronic Book reading industry and talk about the pleasure and functionality of reading REAL BOOKS. That’s right folks, paper books, the ones that do not need batteries, the ones that can be read in the sunlight, that add a touch of class to ones abode, the ones that have that indescribable cool tactile feel of freaking paper… I like real books, that are mine once I paid for them. They are not protected by DRM, and they cannot be ripped out of your library by the people you bought them from like Amazon did with copies of 1984. You see I have this misguided belief that once I purchase content – I own it. BTW, I am not a Luddite, when I need a portable electronic gadget to read something on the road, I use a Netbook which is not some crippled electronic book reader but a full blown computer that sells for about the same price as the electronic book readers. I could take another cheap shot, and talk about what a bunch of content and distribution controlling bunch of copyright Nazis both Amazon and Sony really are, but I think I made my point… Buy a real book, folks!