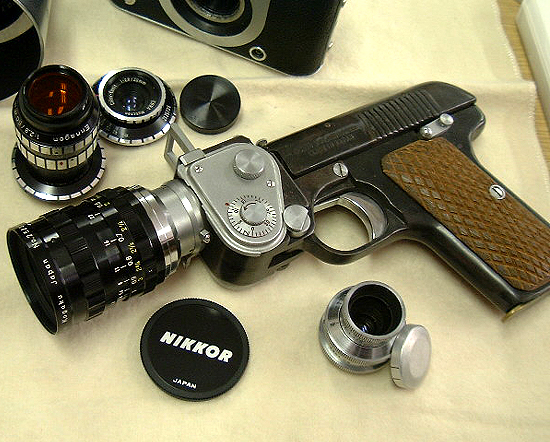 Doryu Camera Company made this 2-16 pistol camera for the Japanese police department in 1952..

… the cam-gun was originally designed to provide Japanese police with a tool to catch criminals in the act, as well as photograph protestors. Equipped with a built-in flash system (for night shots) and a clip of five magnesium cartridges in the handle (as opposed to actual bullets), the DORYU 2-16 pistol camera was ultimately a failure with the general public, but remains as a testament to the early days of Japanese cool design.