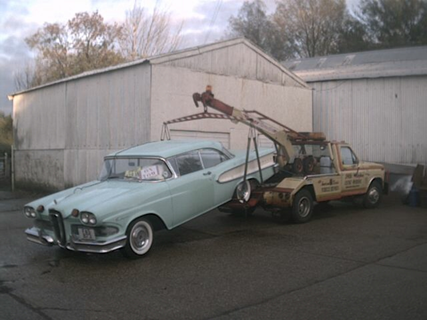 Clearly ignoring Senator Ted Stevens’ axiom that “the Internet is not something that you just dump something on”, Netgear announced their new “Open Source” WNR3500L Router. Backed by mucho hype and astroturfing, Netgear’s spokesperson claimed that, “The debut of our Open Source RangeMax Wireless-N Gigabit Router is significant as it is the first full-featured Wireless-N Linux router to combine wide ranging capabilities, features, infrastructure and a community to enable application development”.

Well, despite hitting the cool buzzwords like Open Source and Linux, this product did not stand up to the scrutiny of the real Open Source community.

You see, the WeeNeR3500L router ships with binary-only kernel modules – that’s right – no Open Source for you! As Harald Welte ( a well known and respected programmer, Linux kernel jedi, and a GPL enforcer) points out in his blog, “[it] is a very questionable legal practice. Netgear as the vendor is simply relying on the fact that none of the authors who have written parts of the kernel against which their binary-only module links will ever make copyright claims against them”.

Oh and if you give a rats ass about your router security, check out this little gem from the “OpenWRT Firmware for NETGEAR WNR3500L (BETA) (09/18/09)” under Shortcomings:

WPA and WPA2 are not working

WTF?! Well I guess you just have to rely on awesome and “trustworthy WEP” which can be cracked in 30 seconds by a 12 year old script kiddie. Oh and

That’s ok though right? Mad CLI skillz just up your street cred as a L337 haxxor. So in conclusion a little LOLCAT wisdom – Dear Netgear, the “Open Source” thingie – YOURDOINGITWRONG!