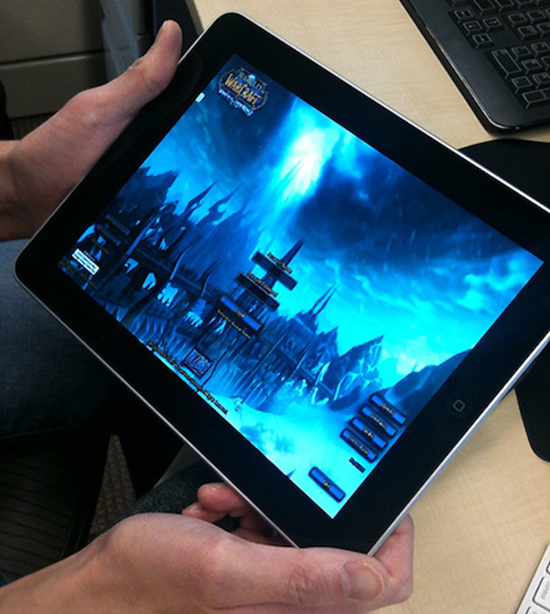 Not as simple as it might look, but not impossible.  David Perry, founder of Shiny Entertainment is using a prototype version of his browser-based streaming service to play MMO World of Warcraft on the iPad.  The service is called Gaikai and it hosts the game and files on its server and streams them via a web browser.

“All iPad inputs are streamed through a translation system to the server, so we can re-map anything to anything in real-time. We hide a virtual keyboard off to the side, so you can type as well (like to login).”

Video of an iPad running (sorta) World of Warcraft after the break. 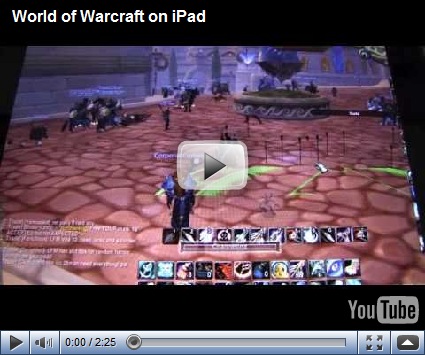