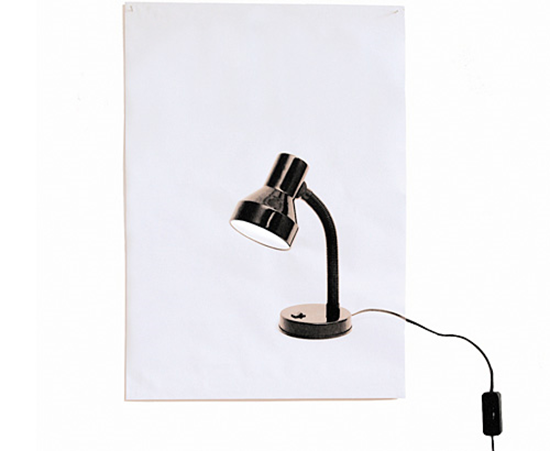 "Flat Light was the result of borrowing an Anglepoise task light from college. In 2007, I set up the lamp on my desk at home and was amazed at how it lent an atmosphere of productivity and efficiency to the room, I wondered if just an image of an ordinary task light would be enough to create this atmosphere. This led to Flat Light, which has been exhibited at the Royal College of Art Summer show in 2007 and as part of Designers in Residence at the Design Museum, London"