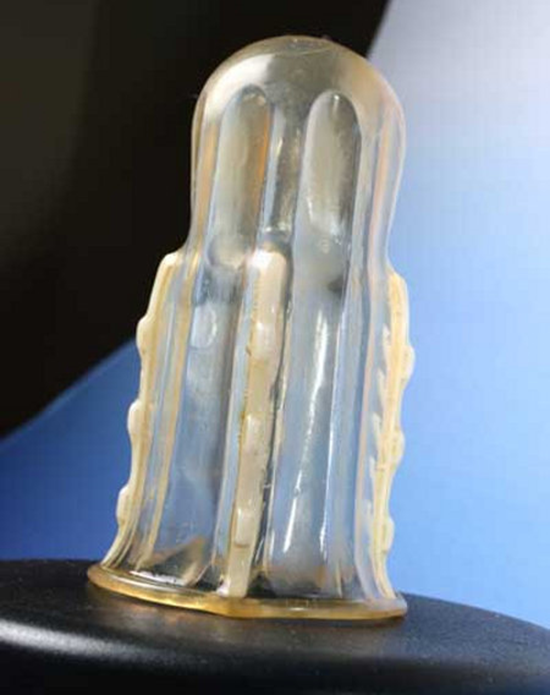 This anti-rape condom that looks like Casper the ghost is for real.  Dubbed the Rape-aXe, it is a female condom designed to do damage to any unwanted penis entering the vajayjay.

"Dr. Sonnet Ehlers has invented Rape-axe, a female device with jagged hooks that latch onto a man’s penis during penetration.

The doctor is distributing 30,000 of these condoms in South Africa during this year’s World Cup.

South Africa has one of the highest rape rates in the world, according to Human Rights Watch. It is also believed that 16 percent of the population is living with HIV.

“It hurts,” Ehlers told CNN. “He cannot pee and walk when it’s on. If he tries to remove it, it will clasp even tighter.”

Rape-axe is inserted like a tampon and when embedded to a man the device can only be removed by a doctor."

Read on for a picture of the anti-rape condoms barbs, ouch. 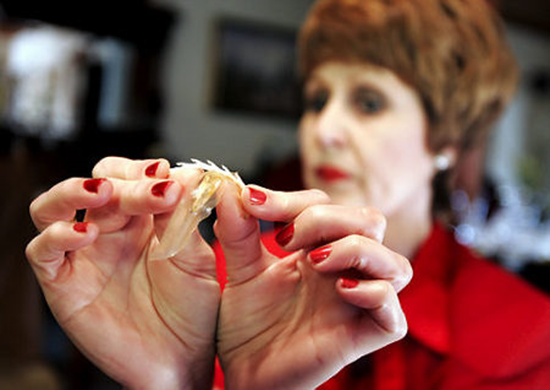