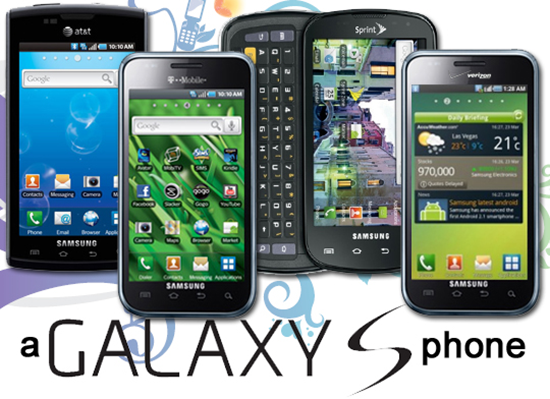 Some of the strong points of the new Samsung Galaxy S,

One of the funniest things about carrying around the Galaxy S is that people constantly mistake it for an iPhone 3GS.  They pretty much copied the shiny black plastic and metal bezel on the 3G and 3GS.  Good thing Apple moved on with a new design for the iPhone 4.

The phone feels decent in my hand and although it is plasticy it still feels strong.  There are volume controls on the left side, a power/standby button on the right side, and a home button, menu, and back buttons on the bottom of the touchscreen.

Our favorite part about the phone is the Super AMOLED screen with 800×480 resolution (still not as a good as the iPhone 4 but not bad).  I is very clear and bright even in day time use.

Our least favorite part about the Samsung Galaxy S is that it is a bit to big to hold comfortably and often feels laggy and sometimes freezes.  I notice this most while trying to open my email box or try deleting a message.  Shocking considering the 1GHz CPU?!

"Lag isn't the only problem we've had, either. The Galaxy S has randomly lost our email inbox in the time we've been using it "“ requiring inputing all our Exchange settings again, and performing a full sync "“ and the camera app has crashed a couple of times, refusing to load until we power-cycled the phone. Elsewhere, the UI is simply frustrating. New SMS alerts, for instance, aren't removed from the Android notification bar until you not only view the message in the bubble conversation view, but actually tap the new bubble itself and "open" it on a separate page. No new information, but an extra step all the same. We prefer the regular Android icons to those in TouchWiz, though admittedly that's a matter of taste, but the way Samsung has managed the desktop is slightly at odds with Google's own approach with Android. The Galaxy S has seven homescreen panes with the default "home" pane on the far left; the Android OS is more used to the "home" pane being central, and so if you choose Google Maps as your Live Wallpaper "“ which normally uses GPS to center the map on your current location "“ the maps are offset since the center point is on homescreen four. Nit-picking, yes, but it's the sort of poor polish that undermine a successful UI." 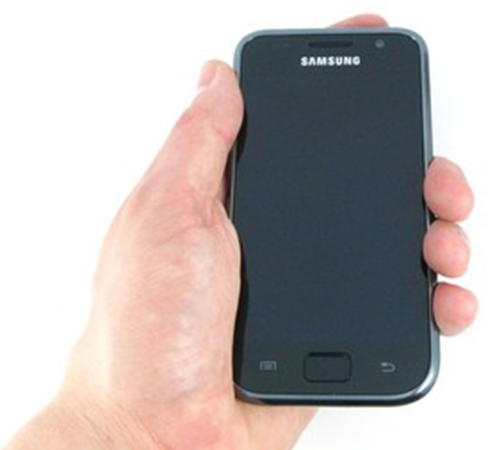