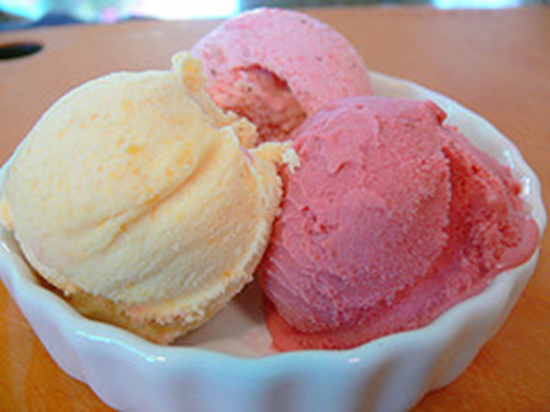 Who doesn't love ice cream?  (you farting Ed Zecha lactose intolerant types don't count)  If you don't always want to run to the grocery store and buy overpriced, weird ingredient laden, ice cream every time you have a fix make your own.  And yes, you can make ice cream at home without an ice cream machine.

"Sure, I’ve seen the hacks, and I don’t like any of ’em. There are the so-called “magic ice cream” recipes that have you fold whipped cream into an eggless base so that it doesn’t form a solid block when you freeze it. There’s a real name for fluffy stuff: it’s called frozen mousse, and it’s more akin to cool whip than real ice cream. I mean, it’s called ice cream, not ice fluff, right? Ice cream needs to be dense, and it needs to be rich with egg yolks.

Then there are those recipes that simply take frozen fruit, mix it with a couple ingredients, and puree them in a food processor (bananas are a popular choice). These are better than the cool whip version, but they don’t fool anyone: That’s a thick smoothie, not ice cream.

My goal this week: Keep the ice cream, lose the machine."

The write up by Serious Eats is so good, and detailed you need to see it in it's entirety here.

If that is too much work you can get a 4-quart ice cream maker pretty cheap here.