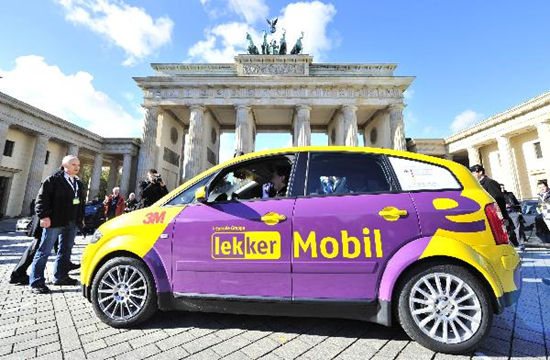 The folks at Nissan have to be watching this type of news with sad faces, all-electric Audi A2 pictured above went 372 miles on a single charge.  The Little Lekker Mobil, basically an Audi A2, was converted to an electric car.  The project was taken on by Germany's Lekker Energie and DBM Energy.

The modded A2 went from Munich to Berlin on a single charge, the trip took about 7 hours, they ran the heater, and still had electricity to spare after the 372 mile trip.  The battery uses DBM Energy's KOLIBRI AlphaPolymer Technology which is said to be 97 percent efficient.

The battery was invented by Mirko Hannemann, a 27 year old, who says the battery will be cheaper than conventional lithium ion batteries.