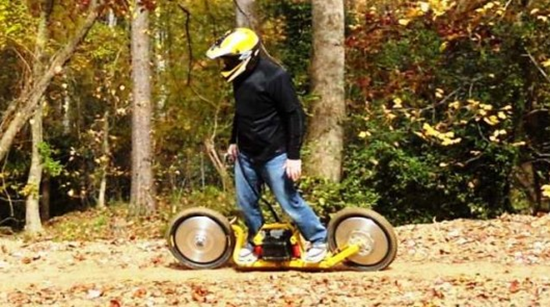 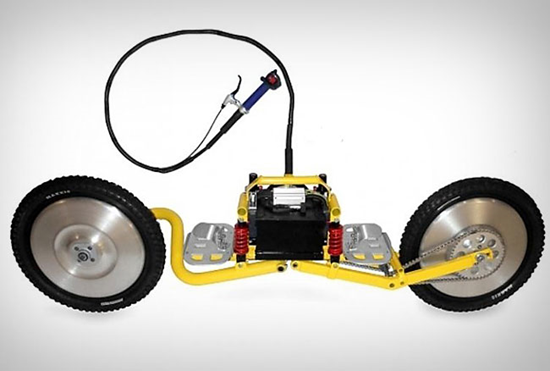 We have seen some pretty epic skateboards but tend to favor those with a motor.  This motorized skateboard by MXB, the Shocker, is quite a beast for an electric scooter.  I would much rather it be gas powered like the MXB prototypes shown here but oh well.

Watching the videos (after the break) make me think of a dirt bike more than a skateboard.  The MXB Shocker has no problems navigating everything from sidewalks to rough outdoor terrain.  The MXB Shocker is powered by a 1,500 watt, 48-volt brushless electric motor (5 pounds per foot of torque, at around 43 amps).  The battery takes two hours to charge and has a top seed  of 34 miles per hour (with a tiny guy/gal).

If you have $2,999 for this type of fun, order yours now and get delivery before Christmas (until Nov 28th).