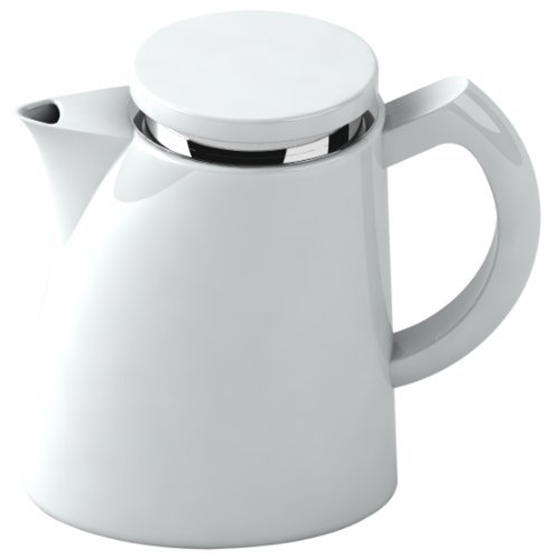 I couldn’t wait.  The long-awaited Sowden Oskar pot arrived, as beautiful in person as anticipated.  I was impatient to try coffee brewed using what Sowden calls their “SoftBrew” method.

Let’s start with the superficial.  Clean, modern, simple lines, white porcelain, definitely an eye pleaser, worthy of being on display, as opposed to hiding in the cupboard.  On the inside, a stainless steel filter.  No plastic parts.  Why hasn’t anyone thought of this before?

Brewing the coffee was simple, basically uses the same basic idea as a french press, except for, um, no pressing.  The coffee benefits from full contact with the water, give it a quick stir for maximum extraction, then steep, four to eight minutes.  I admit it, I was impressed.  Of course, with any brew method, the trick is keeping the water at the desired temperature during the brewing.  I won’t go into that now, that’s a different article.  One thing I’m not a fan of is the sludge you get with french press.  While the SoftBrew method doesn’t brew clear coffee, the microscopic holes punched into the very thin stainless steel filter does a decent job, even when using a fine grind, which you could never do with a french press.  If you don’t like sediment in your cup, stick to traditional filtered methods. 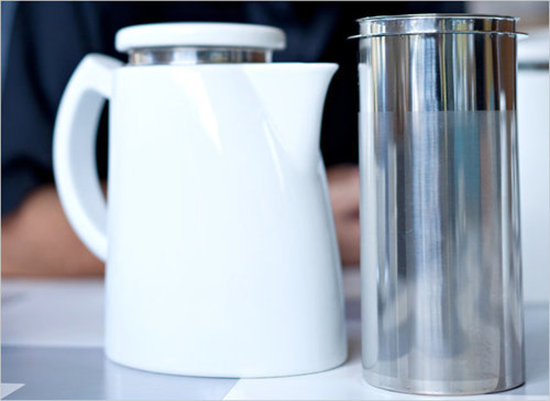 A word about cleaning.  I hate cleaning french press pots, it’s the primary reason why I don’t use one, the second being that inevitably, the mud that ends up at the bottom of each mug is too much for me.  While not as easy as cleaning up after a paper filter, of course, the SoftBrew filter is waaaaay easier to clean than the typical french press mesh and mechanical parts.  So, several points on that front. 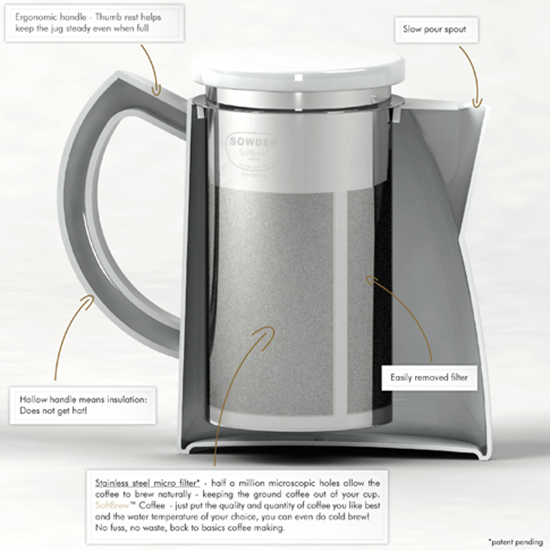 I’m the lone coffee-drinker in the house, so I’m always on the hunt for efficient and optimized small-batch brewing.  Drip is acceptable for full pots when an army of visitors have descended upon your home; not great for two to four cups, I’ve found that you need to use proportionally more coffee per cup of water, so that the decreased amount of water gets enough contact with the grinds to produce a proper brew.  My beloved Chemex will be benched for now, waiting for when I’m feeling like a clear, bright cup of Joe.  For now Oskar is my new go-to.

The Oskar Coffee Maker comes in 4-, 8-, and 12-cup capacities.  I have the 4 and 8, the 4-cup is my everyday brewer, the 8-cup for when I have a coffee-drinker guest or two.  Sowden says you can use their SoftBrew method to cold brew coffee overnight.  I’ll try that next, since I am a fan of iced lattes most months of the year.

Incidentally, my 8-cup Oskar has also come in very handy as a tea pot, since the SO does partake in tea (not a fan of coffee, though).  Oskar doubles very nicely as a teapot, the awesome filter keeps loose tea contained quite nicely, and because I love the way it looks, I even use it without the filter when using bagged tea.  Since I ordered both of my Oskar Coffee Makers, I’ve noticed Sowden has introduced two teapots, an Oskar Tea Maker (not to be confused with the coffee maker as they look entirely different), and the Penrose Tea Maker.  Both Tea Makers come in 1/2 and 1 liter sizes, which roughly works out to about 2- and 4-cup capacities.  Would be interesting to see if the filters are the same, and whether the teapots can double as coffee makers in a pinch.  In which case, the main differences would be aesthetics and capacity. 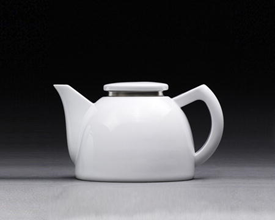 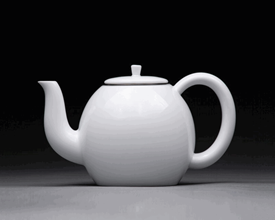 Thank you, George Sowden, for infusing pure design and bringing back simplicity to the ritual of brewing coffee.