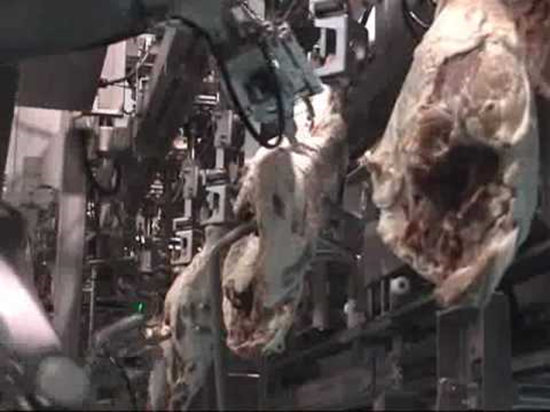 The long standing joke that robots are taking over the world just won't die.  The latest (grossest) robot I have seen in a while is the Mayekawa HAMDAS-R, which is used for ham de-boning.  It is twice as fast as a human butcher can do the job and is smart enough to distinguish between meat and bone.  Video after the break.