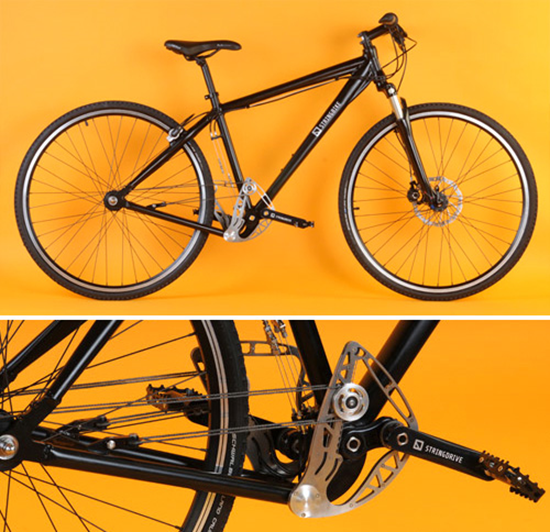 Apparently bicycle chains are outdated and need a major overhaul, at least that is what a Hungarian company called StringDrive believes.  Their bike, the StringBike, uses two identical opposing drive units on both sides of the bike.  The drive units are made up of  swinging arms that move forward and backwards as the pedals are moved.  These swinging arms pull a set of steel cables on both sides causing the rear wheel to spin.

I give up, to hard to explain how this thing works, watch the video after the break.